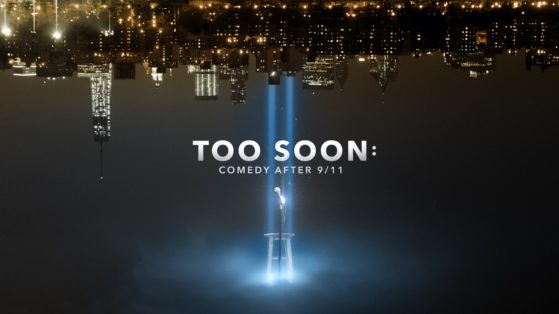 September 7, 2021
News
comedy after 9/11, documentary, doug stanhope, too soon
Too Soon: Comedy After 9/11, as we’ve said before, is a crucial documentary not only for comedy, but art and free expression overall. Directors Nick Fituri Scown and Julie Seabaugh have assembled a thoroughly exhaustive timeline in said doc that displays the progression of one of the most horrific tragedies of our lifetimes in regards to the art form of comedy.
The idea of making 9/11 jokes was more than just questionable territory for a long time, no matter what your angle was. You can see how testy it used to be with this exclusive clip of Doug Stanhope talking about how he would get death threats for speaking out and joking about 9/11 when he did in this exclusive clip of Too Soon: Comedy After 9/11.
Look for Too Soon: Comedy After 9/11 to premiere this Wed. Sept. 8th at 9PM PT/ET on Vice TV. There will also be an exclusive LA screening at Dances With Films on Saturday, September 11th, 2021 (the 20th anniversary of 9/11). You can and should go get your tickets for it here if you’re in LA this weekend. 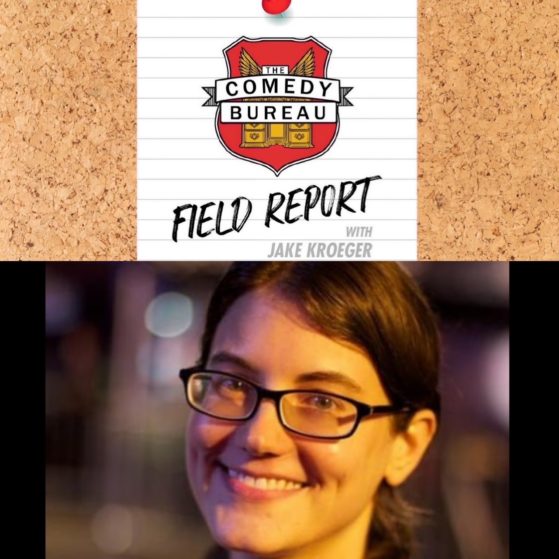 For our money, Julie Seabaugh is the preeminent comedy journalist out in the world and we’re so lucky to have her on TCB Field Report this week. Her expertise and depth of comedy knowledge are so far reaching, which came in quite handy for the upcoming documentary she co-directed, Too Soon: Comedy After 9/11. As such, we talk about the effect 9/11 had on comedy and, conversely, how comedy’s healing properties dealt with the aftermath (not unlike what’s happening right now). Also, “hot” takes on SF Sketchfest returning, Showtime’s updated comedy slate, and Brody Stevens Day.

Follow Julie on IG @julieseabaugh, get more info on Too Soon: Comedy After 9/11 (premiering on Vice on Sept. 8th) at toosoondoc.com and get a Brody Stevens pin from Rockin Pins here.

This week, legendary satirical publication The Onion marked their 30th year as one of the premier institutions of satire in our culture today. When it comes to topical humor, their ingenious headlines and articles have blazed a trail having them be a household name (even though it wasn’t too long ago that people were still mistaking Onion headlines as real news).

There are so many ways you can metaphorically (or literally) raise a glass to this achievement, but we would urge you to watch this short film The Onion Issue about how they handled making jokes right after 9/11 to celebrate this anniversary.

Take note that this short is, as mentioned above, part of a feature length documentary called Too Soon: The Comedy of 9/11 coming out in 2021 from Nick Scown and Julie Seabaugh. From the looks of it, that documentary will be probably end up being required viewing for any and all in and around comedy.