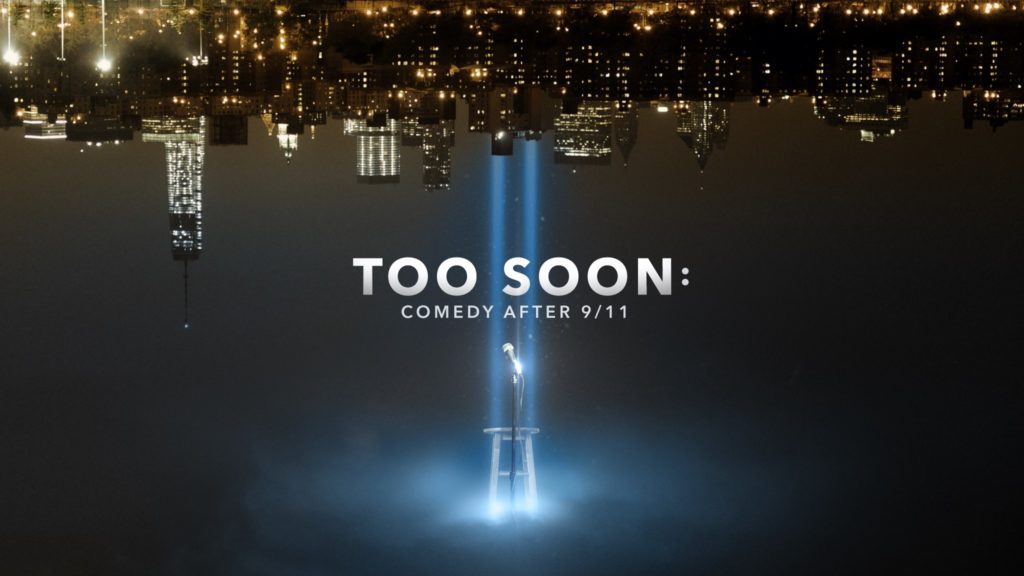 September 7, 2021 News comedy after 9/11, documentary, doug stanhope, too soon
Too Soon: Comedy After 9/11, as we’ve said before, is a crucial documentary not only for comedy, but art and free expression overall. Directors Nick Fituri Scown and Julie Seabaugh have assembled a thoroughly exhaustive timeline in said doc that displays the progression of one of the most horrific tragedies of our lifetimes in regards to the art form of comedy.
The idea of making 9/11 jokes was more than just questionable territory for a long time, no matter what your angle was. You can see how testy it used to be with this exclusive clip of Doug Stanhope talking about how he would get death threats for speaking out and joking about 9/11 when he did in this exclusive clip of Too Soon: Comedy After 9/11.
Look for Too Soon: Comedy After 9/11 to premiere this Wed. Sept. 8th at 9PM PT/ET on Vice TV. There will also be an exclusive LA screening at Dances With Films on Saturday, September 11th, 2021 (the 20th anniversary of 9/11). You can and should go get your tickets for it here if you’re in LA this weekend.
Back