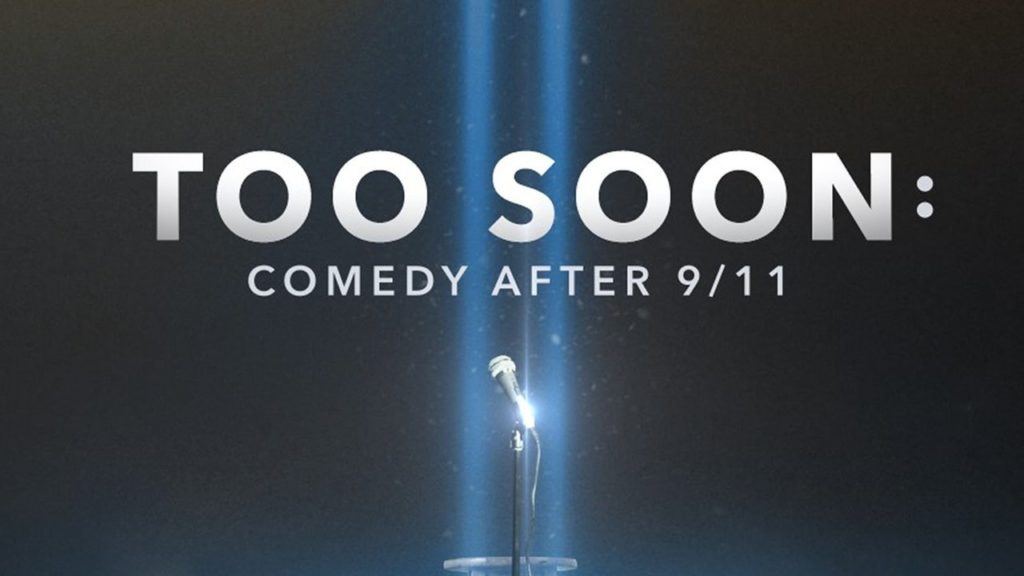 Of all the comedy documentaries that came out this year, it’s pretty much imperative that you watch Too Soon: Comedy After 9/11 from Julie Seabaugh and Nick Fituri Scown before all the others. It’s exhaustive chronicling of comedy about 9/11 from the point of 9/11 to now is astounding and gets into the elemental parts of comedy and, specifically, how we heal, individually and as a culture, from unspeakable, historic tragedy.

While you can watch it online, you really not to ought to miss a very exclusive, in-person screening presented by the New York Comedy Festival where there will be deleted scenes and clips from international versions of the doc that have not been seen by U.S. audiences (i.e. way more 9/11 jokes and stories about 9/11 jokes that are absolutely worth watching).

This extra special screening of Too Soon: Comedy After 9/11 is set for Fri. Nov. 12th at Stonestreet Studios at NYU Tisch School of the Arts. Tickets are $10 right now and you better go snag them here.