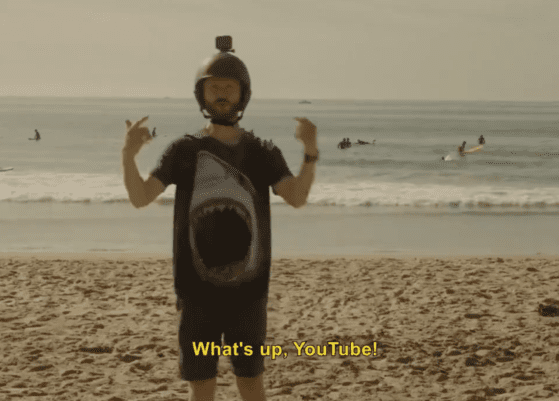 Ahamed Weinberg Continues to Attempt His YouTube Prank Show During a Pandemic, This Time at the Beach

Though he was thrown a massive curveball with his first prank in his “YouTube prank show”, Ahamed Weinberg persists with in trying to make trying to pull pranks while the world is still very much being suffocated by COVID-19.

This second try brings Ahamed to the beach, one of the last refuges of people getting to be outside in nature and enjoying the ocean and sand in between their toes, to wreak some controlled chaos. See how he “fared” and if he actually pulled off a sick prank (or had to deal with a barrage of life lessons).

Thank goodness Ahamed Weinberg survived from having COVID-19 early on in the pandemic so he could bring this.

Remember when enterprising and aspiring YouTubers could openly and freely prank the general public in the before times? That’s just one facet of “normalcy” that we’re all missing so much. Comedian Ahamed Weinberg want that bit of normalcy and has opted to start doing those very type of pranks again where so many wouldn’t dare during this seemingly never-ending pandemic.

Given how tense and scared everyone is these days, there’s no telling what’s going to happen and if there will be very real, serious reprecussions when there’s a hooligan loose on the streets. See what happens with Ahamed’s first prank here. 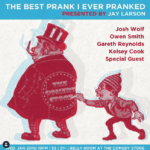 Sure sounds like Jay Larson and company will share stories of their best, most outrageous, epic pranks with this special evening of comedy and storytelling at The Comedy Store’s Belly Room. We’d bet that you’ll both wonder how they got away with it to tell you the tale and be glad that you’re not part of the story.

The rest of our listings for comedy shows, events, screenings, open mics, maps, and more at www.thecomedybureau.com.

Via Instagram, comedian/filmmaker/actor Ahamed Weinberg indeed did scream at public places that ranged from the LA Zoo to an Armed Forces Recruiting Center to an Ikea and much much more for a few bucks.

Lest you judge too quickly, know that the stunt was pulled to raise money for the Throat Cancer Foundation and raise awareness in general of throat cancer and it’s horribly debilitating effects (Ahamed got a nice thank you note if you needed proof).

There are so many levels that you can enjoy this from the catharsis that comes from yelling into the void to yelling in unsuspecting environs to the hot dog costume that Ahamed dons in some of the videos. Please enjoy it all here.

Not only will comedian/TED talk speaker/professional prankster James Veitch prank the people he lives with, but he will document it for the world to see.

See for yourself here on Conan as he recounts really testing the mental and emotional limits of his roommate with ducks. 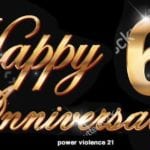 The Internet as a whole has been having fun throwing shade on Kellyanne and this non-existent tragedy. One of the best “pranks” is this legitimate looking donation page that raises funds for the “victims of The Bowling Green Massacre” that just leads to the donation page for the ACLU.

By the way, BowlingGreenMassacre.com also leads to the ACLU homepage.

Oh, in case it wasn’t obvious, you should, if you can, donate to the ACLU.

If you happen to be at the LA Zoo over this 4th of July weekend, you might have stumbled across some animal facts signs that looked legit, but, upon further investigation, are suspect, but also pretty funny.

This sign above and many others were the work of Jeff Wysaski, who goes by Obvious Plant here on Tumblr. Wysaski apparently planted these around the park when no one was looking and the signs were left up long enough for real folks to delight in and snap a picture of it.

Needless to say, but we’d like to see more of this around LA please.

Sean Patton is always a highlight of the whole This Is Not Happening series.

This story on how he took intentionally mispronouncing the name of spice too far is further proof of that claim.

With all the resources you could possibly want when pulling pranks, John Krasinski and Jimmy Kimmel once again go at it, this time prank-a-prank.

For those that missed the pranks from The Office, the spirit of Jim Halpert lives on here.

Like many funny folks, Bill Hader can’t help doing bits all the time no matter where he is.

Just hear him talk about giving a birthday cake to one of his kids that was less what they wanted and more on brand for Bill as well as what pranks he pulls at the airport, then do a “spot-on” impression of Conan O’Brien.

With a big dash of TJ Miller, the morning news is made all the better. Cities such as Omaha and Kansas City have found that out and now Detroit’s Fox 2 was the latest show to get the full TJ Miller morning news experience .

Watch TJ cover the weather, both physical and spiritual, do more “water bits” and…

…get into general goofball-ery with “The Nine” gang.

We were there and we all did pull out our phones at Moses’ request to watch a short film while seated at a movie theater.

Postmodern prankster, comedian, and actor Moses Storm pulled quite the appropriate stunt last week for the premiere of his documentary short film #MODERNMILLENNIAL that satirizes social media, crowdfunding, and the culture that has grown from it.

Last Wednesday, Storm packed in a capacity crowd at The Downtown Independent in Downtown LA that were all totally thinking they were going to watch the premiere on the big screen. After playing the trailer, a YouTube URL appeared and Moses announced that the film could only be watched on our phones via the YouTube link projected on the screen.

Taking every precaution, Moses offered headphones, WiFi passwords, chargers for every sort of phone, and spare phones with those that only have a flip phone or no phone at all. For one time, it was kind of great that everyone had their phones out at a movie theater.

It made for a great, immersive experience that was probably the perfect way to watch a film that focuses on the absurdities of everything that’s connected to being a millennial. See more pictures and see that we’re not trying to pull your leg here.

Also, the documentary short itself was pretty great and we’ll let you know when and where you can watch it as soon as we can.

Kurt Braunohler Is Putting Messages in a Bottle, Possibly In Your Six Pack of Beers

Marching forward with his admirable mission of inserting absurdity and stupidity into the lives of strangers, Kurt Braunohler’s latest project involves placing a secret message in a single of bottle beer he bought and drank, then placed back into a six pack.

Given how well with writing secret messages in greeting cards he bought then placed back on the shelf they came from, we absolutely can’t wait to see and hear what happens with this endeavor.

Pete Holmes Was Back on Conan Last Night

Pete Holmes sat down with his former boss, Conan O’Brien, to catch up, talk the strangest autographs that he has had to give now and, of course, the pranks that Holmes pulls on his Dad whose hearing is slowly fading.

Maybe Pete will get a show where random weird people yell at him on the street?

Dead Kevin Has a Really NSFW Accident While “Luckily” at Home

Dead Kevin discovered one of the worst ways an almost harmless prank could go.

While it’s only a very minor consolation, they are fortunate to be in the safety of their own apartment and not at work because this definitely would be not cool to do at work. It’s already not cool at home, but you would definitely get the cops called on you at work if you did what happened in the video.

It’s always a delight when Mel Brooks is anywhere on TV, but he’s especially a fun watch when he’s on late night. Brooks has so many amazing, hilarious stories that he could just keep telling them every night and seemingly never run out.

Such is the case with his appearance on Conan last night with the one time he filled in for Joan Rivers on her late night talk show and the prank he pulled when leaving his handprints in cement at the famous Chinese Theater in Hollywood.

Of Course, Brendon Walsh Had Something Pretty Great Up His Sleeve for April Fool’s

Of Course, Brendon Walsh Had Something Pretty Great Up His Sleeve for April Fool’s

If only more signs/billboard were designed by Brendon Walsh, the world would be a much better place.

He want to make an art installation out of an office trash can placed in his home office. Liedtke’s going to livestream the rewards, which all feature using the art installation (i.e. throwing stuff in the trash).

Every single Paul Rudd appearance on Conan O’Brien has been subject to a single prank of playing a surprise clip that Rudd pulls no matter the circumstances. Even if he’s been warned not to do it, he does it anyway to the point where it’s tradition.

As you can imagine, it’s been getting harder to execute this prank for the number of times he’s done it, but paralympian Alana Nichols offered the perfect set up to pull this prank off yet again.

Randy Liedtke, who some of you might know as the mastermind behind the Kyle Kinane vs. Pace Foods Twitter fight, is up to his next “piece” if you want to think of his pranks as works of art (that’s how we see it anyway).

He baked cookies in the shape and decorated them in the color of an iPhone (a post on his blog that went viral), then decided to see what would happen if he drove around like he was illegally on his phone.

Well, it turns out, he might possibly be in trouble with the police. More on this story/prank as it develops/unfolds.

Nathan Fielder was clearly born to prank people. This example of tweeting out to people to mistakenly text message their parents about drugs then send screen captures of the conversation to him, then saying to call a number for an explanation if the parents still had doubts, which turned out to be a denial of the whole thing is pretty much perfect.

There’s a recording of the voicemail at the link.

Also, this headline could read: Nathan Fielder Got Written Up in Glamour Paris.

Don’t Forget to Look Up Into The Sky Around Downtown LA at 3:33PM Today For Kurt Braunohler’s Cloud Project

The day is finally here where we get to see the hilarious Kurt Braunohler’s dream come to life as a plane will skywrite a joke with clouds. If you’re in LA and free this afternoon, there’s a public viewing party in Downtown LA at The Perch starting at 2PM.

Get ready to have your Instagram feed flooded with something wonderful.

If you’ve ever thought that too many secretly filmed prank shows were just mean and not so much on the funny, you need to watch The Walsh Brothers Great and Secret Comedy at CC: Studios because it’s the exact opposite of that. 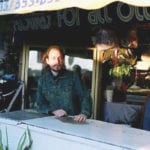 Oh, what comedians do for comedy…