Arrested Development is a series destined to just make TV history at every turn.

From improbably coming back at Fox to coming back from the dead over at Netflix to very likely being the first series to intentionally recut an entire season for release (the closest thing we can think of to this experiment by Mitch Hurwitz is the ongoing fan debate of what order in to watch the Star Wars franchise).

Also, now that we think about it, could Arrested Development give Deadpool a run for its money in the most meta-self-referential franchise on screen? We think so.

If You Need Something to Feel Good, The Second Season of The Lady Dynamite Is Now Streaming at Netflix

You can always count on Maria Bamford to brighten your day.

The combination of Maria Bamford, Mitch Hurwitz, and Pam Brady had season 1 of The Lady Dynamite really turn the single camera comedy on its head in a dazzling way.

With season 2 coming up, you might have somewhat high expectations for how Maria’s life and the genre bending, meta nature of the show work together.

Well, the trailer for this new season delivers.

All episodes of The Lady Dynamite season 2 start streaming on Friday, November 10th. 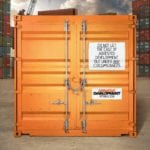 Two years ago, there was talk of Arrested Development creator Mitch Hurwitz recutting season 4 of the show.

Turns out that Hurwitz has indeed finished that project, which happens to include new Ron Howard narration over 22 episodes that run 22 minutes long, a la a typical sitcom running time in contrast to the varying length of the original 15 episodes of season 4 that went over a half hour. There is no word on if or when these “2.0 version” episodes of season 4 might find their way to Netflix, but, with knowledge of their existence, they’re probably bound to come out before too long.

For such a form breaking series, you can only ponder what Mitch Hurwitz, Pam Brady, and Maria Bamford are going to cook up for season 2.

Also, for those waiting on new Arrested Development to even announce an official date of any kind, this should more than tide you over for a Hurwitz fix.

We had a feeling that Maria Bamford and Mitch Hurwitz might collaborate once again after Maria shining in season 4 of Arrested Development.

Fortunately, that really did come to pass and all these years later, Lady Dynamite, a single camera comedy based on the life of Maria Bamford, starring Maria Bamford is now a reality.

We all can now get a glimpse into how pugs complete Maria’s life so fully.

With all of that out of the way, know that all the episodes of The Lady Dynamite have just started streaming on Netflix this morning and it’s probably what you should be watching as soon as possible.

Something tells us that Lady Dynamite is going to be pretty great.

Well, actually there’s a lot of things including Maria Bamford, Maria Bamford’s life story, Mitch Hurwitz, Ana Gasteyer, Fred Melamed, all of that coming together in this clip, etc.

We would go so far as to say that Maria Bamford is one of the rare comedians that exhibits the art form of comedy at its highest level. Her incredibly poignant, personal, hilarious, life affirming stand-up not only makes us double over laughing, but is something that makes us feel better about the world.

As you can imagine, her upcoming Netflix series Lady Dynamite has Maria’s life distilled and done so by the expert hands of Mitch Hurwitz and Pam Brady.

Naturally, it looks fantastic based on this trailer. Also, the appearances of Lennon Parham, Bridget Everett, Jason Mantzoukas, Sarah Silverman, Andy Daly, and more of your favorite comedy folks are a bonus.

Look for all the episodes of Lady Dynamite to start streaming on Friday, May 20th.

Oh my gosh, our very own show! #LadyDynamite premieres May 20 on @netflix. pic.twitter.com/K9nmB7rHsR

When May 20th rolls around, you’re probably going to want to go through every episode of the Mitch Hurwitz and Pam Brady (Team America, South Park) co-written Netflix series The Lady Dynamite starring one of the best comedians and overall human beings around, Maria Bamford.

It’s a few months away, so you got time to get other Netflix binge watching done.

As Soon as He Can Get the Cast Together Again, Mitch Hurwitz Will Try Getting Season 5 of Arrested Development Done ASAP, Preferably Before the Election

As it is now with every season of Arrested Development, it’s contingent on the cast’s availability.

Because of what’s going in the world, specifically Trump and Making a Murderer, Arrested Development creator Mitch Hurwitz feels it imperative to get on season 5 of the series as soon as he can as he wants the parallels that the Bluth family have with the chaos of the real world right now to stay timely. While it’s outlined, the actual scripts have yet to be written.

Hurwitz is holding off on the negotiations for the highly in demand cast. In the past year, you’ve probably seen just Jason Bateman, Jeffrey Tambor, Alia Shawkat, Michael Cera and David Cross in a multitude of different shows and movies. As soon as all the t’s are crossed and i’s dotted, he’ll try to outpace the crazy of Trump and whatever else is screwed up with our justice system leading up to the general election in November.

With that all of being said, this is probably the best indication of the odds being in favor of the next season of ‘Arrested’ actually happening.

Ironically enough, getting guest and recurring cast members for Arrested Development never seems to be a problem.

The word of Ron Howard, the narrator on Arrested Development and someone who just got his second star on The Hollywood Walk of Fame is hard to argue against.

While on Good Morning America, Howard brought up the current status of Arrested Development, which is supported both by Netflix and 20th Century Fox and currently being written by Mitch Hurwitz and his writing staff. The fate of the series, as it has always been since it left Fox, rests with the cast and their availability.

Let’s hope that they can all get freed up at the same time for this new season.

New re-edited episodes of #ArrestedDevelopment are a blast to watch and narrate- fun way to start my work day pic.twitter.com/w4h4XoEAwc

Last month, Arrested Development creator Mitch Hurwitz mentioned, sort of in passing, that he’s working on re-editing season 4 of the show in chronological order. No other details were brought up as to when we all could possibly see the new version of season 4.

With that in mind, it would be very surprising if we all didn’t get to see the new and improved episodes in the not so distant future.

Season 4 of Arrested Development had to deal with a lot of obstacles, one of them being the shooting schedules of its all star cast of Jason Bateman, Michael Cera, Will Arnett, David Cross, Portia De Rossi, Jeffrey Tambor, Alia Shawkat, and Jessica Walter that after season 3 had launched into a multitude of other successful projects. Thus, many scenes in season 4 did not include the entire Bluth family together like season 1-3 and accordingly had a much different feel with many episodes focusing on a different character’s perspective in the same timeline.

Series creator Mitch Hurwitz revealed in an interview that he is now trying to recut season 4 to flow more chronologically smooth, which would presumably resemble more of the original series. However, when we’d see that on Netflix has yet to announced.

Netflix is making sure to keep Mitch Hurwitz, creator of Arrested Development, around and went ahead and gave him a big multi-year development deal. Hurwitz will be focusing on developing new series and consulting in general with Netflix on other comedy series.

On reading this, we’re all highly anticipating whatever Hurwitz is coming up with, which might be worth the newbie Netflix price hike.

With those three names attached, a solid indie comedy already to seems to be assured.

‘Guinea Pigging’ has yet to cast anyone, but we’re sure it’ll be all your favorite comedy stars.

The creator of Arrested Development Mitch Hurwitz is indeed working on making a feature adaptation of the series and that’s the only detail we have right now. Still, given the hiatus that series took between Season 3 and 4, it’s a good sign.

Perhaps, in a full length feature, it will be easier to connect every one of the storylines, running jokes, tags, etc.

While at JFL Montreal, Mitch Hurwitz has said that there are definite plans to push forward with more Arrested Development at Netflix.

Hopefully, this time around, they can get the whole together to be on every episode.