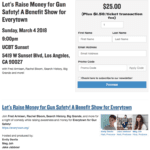 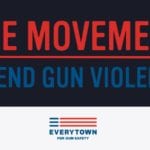 Not only should you buy a ticket to this show to raise money in the fight to end gun violence here in America, but the line-up, as you can see, is star-studded and the show will probably sell out very quickly.

Fred Armisen is taking his many comedic skills in putting them all in one comedy special, Standup for Drummers. That includes impressions, drumming, a generally asymmetrical approach to humor, regional impressions, very niche impressions that have nothing to do with regions, and repetition for comedic effect.

Forget about just putting a bird on it. You now have the chance to put a piece of Portlandia on whatever you heart desires as art from the show is on sale to support P:EAR, a Portland organization dedicated to helping serve the lives of homeless and transitional youth.

Over 50 pieces made by local Portland artists will be on sale until June 23rd at Art Scout here.

The final season will air in 2018 and we’re sure there will be plenty instances where 8 birds will be put on it, whatever “it” may be.

Also, remember that Kyle MacLachlan will go from Portlandia to Twin Peaks this year. So, don’t fret too much.

Season 7 of Portlandia premiered last night and IFC was nice enough to make the whole first episode available for streaming.

Watch Fred and Carrie’s much needed return to television at the link above.

Maybe if there’s a RTJ4 or RTJ5, they’ll get to actually do some of these release “strategies”? The apocalypse one might seem more feasible next year maybe?

In any case, the new season has a sketch with Run The Jewels on it, so you should be looking out for the season premiere on Thursday, January 5th at 10PM.

Both are on at 10PM tonight.

If you’re still watching TV live, then you’ll need to fire up your DVR to record the series premiere of Baskets on FX or the season six premiere of Portlandia on IFC.

We know trying to pick between Zach Galifianakis as an overly serious clown and Fred Armisen and Carrie Brownstein up to their hijinks can be a hard choice, which is why you might watch this on some streaming service later. In case you don’t, block out 10PM tonight.

Watch a Full Episode from Upcoming Sixth Season of “Portlandia” at IFC.com

So, what are you waiting for?

The brand new season of Portlandia doesn’t premiere until next Thurs., Jan. 21st, but you can watch one entire episode if you’re really really anxious to see more complex, layered, absurd, self-referential misadventures of Fred and Carrie and their many characters thanks to IFC.

Get into it here or even on YouTube if you need more convenience.

Not sure what you’re doing New Year’s Eve and New Year’s Day? Maybe you can’t figure out what your New Year’s Resolution will be?

In either case, IFC is offering up marathons of every episode of both Portlandia and Todd Margaret that might make answering those two questions a little easier (i.e. spend the night watching or resolve to watch both series in their entirety).

Now, it’s Portlandia’s own Fred Armisen and Carrie Brownstein that are starring in the latest round of Old Navy ads.

In fact, if you’re having some sort of Portlandia withdrawals, these ads might soothe you for just a bit before season 6 premieres on Jan. 21st.

The Trailer for Season 6 of “Portlandia” Has Arrived

The will-they-won’t-they tension between Fred and Carrie comes to a head in the next season of Portlandia, in a Portlandia way of course.

Portlandia is set for its season 6 premiere on Thurs. Jan. 21st on IFC and Fred Armisen and Carrie Brownstein seem like they’re closer than they ever were… or are they?

Watch the new trailer and judge for yourself.

You’ve got just over a month before there’s new Portlandia to watch. Specifically, you only have to wait until Thurs. Jan. 21st at 10PM on IFC for the season 6 premiere.

In the meantime, you can whet your artisanal, cage free, gluten free, organic-with-a-bird-on-it appetite with an in-depth inside look into what they’ve got in store for the new season…

…along with various bits of season 6 scattered throughout…

…and some surprises that are a first for the show.

Fred Armisen and Carrie Brownstein have said over and over in interviews that they know too much about each other to ever seriously date.

However, five seasons of their show, Portlandia, may have broken down enough barriers to at least make a technical go at coitus.

However, they’re open to other things outside of a series.

In a recent interview during the shooting of season 6, Fred Armisen and Carrie Brownstein revealed that the 8th season of Portlandia that IFC has ordered will be its last.

A movie, musical, or some sort of one off could be possible, but don’t fret about the exit of the show yet. Season 6 is in production and seasons 7 and 8 have yet to be even conceived of.

Still, we’re sure they’ll start thinking of some great collector box set that comes with plenty of birds to put wherever you want.

Season 5 of Portlandia Now on Netflix

You gotta watch @portlandia Season 5 on @netflix this weekend. You gotta you gotta http://t.co/xoZzcRzsMB. pic.twitter.com/CTWoSGSlPE

Season 5 of Portlandia just made it on to Netflix and we’d wager that you might have figured out what you’ll be binge watching this weekend or until March next year when the new season premieres.

Start in on all ten episodes, so long as you or someone you’re cool with has a Netflix account, here.

Indeed, IFC has ordered a sixth and seventh season of one of their most successful series, Portlandia. Fred Armisen and Carrie Brownstein and director Jonathan Krisel amidst all their other projects will be staying staying together for awhile and we can only hope that means more Brunch Special type things coming down the pipeline soon.

Looking to create an art installation that will single handedly upset the establishment with things that most people leave in their curb for garbage trucks to pick up?

It shouldn’t be too long before a real version of this exists if it doesn’t already.

During their appearance on Conan last night, Fred Armisen and Carrie Brownstein gave us a little insight into what their like together while shooting Portlandia, specifically how they sort of can get on each other’s nerves.

You can sort of see where a lot of the great tension in certain sketches is built just from their conversation on national television. Watch it here.

After a solid month of hibernating with streaming shows online, your favorite shows are starting to come back live on air straight to your TV, assuming you still have one.

Tonight, Archer and Portlandia return for their sixth and fifth seasons at FX and IFC, respectively, at 10PM. This should make for a fun night spanning the weirdness of Portland and the weirdness of outlandish espionage.

Make sure to catch/DVR/watch online at a later date.

The latest episode of Comedians in Cars Getting Coffee takes Jerry Seinfeld all the way to Portland, OR to grab a coffee of the best fair trade, organic coffee on either side of the bridges in Portland with none other than Portlandia’s Fred Armisen.

The classic Saab that Jerry picks fits perfectly with Portland as they hit up food trucks, a taxidermy shop, and more commenting on how wonderfully Portland-y Portland is.