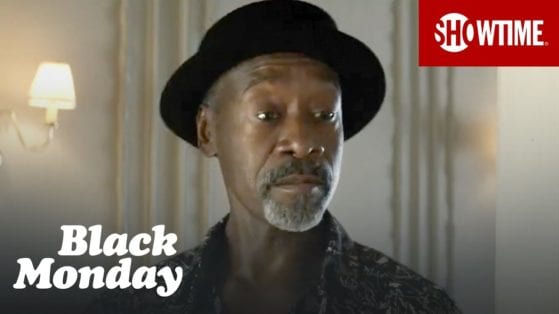 Leave it to a show on a niche cable network having celebrities, many who are comedians, to fight for climate change awareness.

Years of Living Dangerously, a show covering the reality of climate change, on the National Geographic Channel just got picked up for a second season and is really going for it in terms of their guests this time around.

So far, they’ve got David Letterman, Ty Burrell, Jack Black, Cecily Strong, Don Cheadle, Olivia Munn, Ian Somerhalder, James Cameron, and Arnold Schwarzenegger on board for the show in some aspect or another.

Letterman will specifically be interviewing the Prime Minister of India.

Hopefully, this show will present climate change in an entertaining way that isn’t just laughing at certain presidential candidates that seem like they’re spouting off nonsense.

And Now, The House of Lies Live Improv Special at UCB

As promised, Showtime has posted The House of Lies Live improv comedy special, taped at the UCB Theatre here in Los Angeles, online for all of us to enjoy. Yes, it does have Don Cheadle and Kristen Bell doing improv with the likes of Ben Schwartz, Lauren Lapkus, and more.

The cast of Showtime’s House of Lies actually did a couple of improv shows at the UCB Theatre here in LA, which are now going to be aired as a New Year’s Eve special. So, you can stop making fun of Ryan Seacrest for an hour and watch Ben Schwartz, Don Cheadle, Kristen Bell, as well as guest improvisers Eugene Cordero, Lauren Lapkus, and more offer up something entertaining that isn’t pop stars singing their hits.

If you can’t wait a day more, this House of Lies Improv Special will also be online the day before.