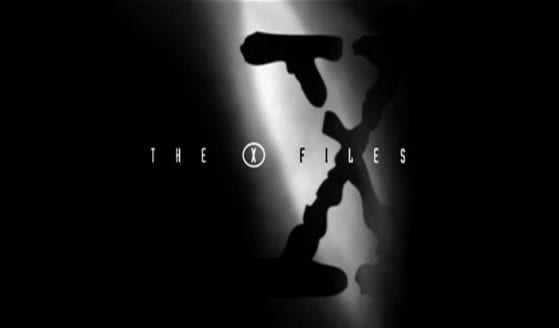 The X-Files Animated Comedy Spin-Off in Development at Fox

The reverence that X-Files fans still have for the landmark sci-fi thriller series should make one wonder why there isn’t more official spin-off or attempts at spin-offs/reboots/etc. (even after that reboot a few years ago) Perhaps, the schedules of Gillian Anderson and David Duchovny may prohibit it, but the X-Files brand is still pretty strong, especially as we are all in the peak of 90s nostalgia at this point in time, and would probably worth developing some sort of “X-Files TV universe”.

Thus, the announcement of an animated, comedic spin-off of the X-Files at Fox doesn’t entirely come as a surprise, especially as another animated spin-off of a sci-fi series is already streaming, Star Trek: Lower Decks on CBS All Access. This branch of the X-Files will presumably be set in Albuquerque hence the current title X-Files: Albuquerque. Any other details for the series are scarce, but Duchovny and Anderson are not involved with this project at this point in time. The mastermind behind the original X-Files, Chris Carter is attached to EP and has us thoroughly curious as to how will opt to pivot the tone to work for an animated comedy.

We’ll just have to patiently wait and see if the truth, albeit done more cheekily and as a cartoon, is out there again.

One of the most intriguing parts of the hit Netflix animated series Big Mouth is the anthropomorphized feelings, emotions, fears, etc. that govern human behavior.

Thus, announced today, Netflix ordered a spin-off of Big Mouth that focuses on that part of the magically real universe created by Nick Kroll, Andrew Goldberg, Jennifer Flackett, and Mark Levin. Basically, from what we can gather from this announcement teaser, it’ll be a whole series that part Monsters Inc., part Inside Out, and, for sure, more explicit than both combined that follows Hormone Monsters, Depression Kitties, Shame Wizards, and more in their daily lives.

Your guess is as good as ours as to who might this butterfly like character might be. Our money is on a manifestation of hope or an inner child.

Colbert’s Cartoon Trump to Get Its Own Show on Showtime

Colbert’s Cartoon Trump to Get Its Own Show on Showtime

As a sitting U.S. President, Trump might just have broken new ground by provoking two major cable TV networks to order series that portray a clearly negative version of him even though he’s the lead character. We’re pretty sure that has never happened to any other U.S. President.

Yet, The President Show on Comedy Central and this newly ordered ‘Cartoon Trump’ spin-off from The Late Show with Stephen Colbert’s Cartoon Trump segments on Showtime furthers Trump being in a class that’s all his own.

Both Colbert and Late Show’s Chris Licht will be helming the project.

September 30, 2016
Uncategorized
nz on air, paranormal event response unit, spin off, taika waititi, what we do in the shadows

Along with Dana Gould’s Stan Against Evil, now might be the time for the horror comedy procedural.

One of the best comedies in recent memory is Taika Waititi’s What We Do in the Shadows. The mockumentary of the everyday life of vampires in New Zealand was fantastic and thankfully started making Waititi’s name one to remember here in America.

New Zealand’s own NZ On Air has put up money for a first season of a TV spin-off that follows cops, from the What We Do in the Shadows universe, who are trying to keep the living alive.

Called Paranormal Event Response Unit, we think it’d be a real smart move on the part of any network or streaming service to strike a North American distribution deal now.

Paul W. Downs and Lucia Aniello Are Writing a Female Led Spin-Off of “21 Jump Street” and That “Men in Black” Crossover Is in Development

You could ask “What hath Chris Miller and Phil Lord wrought?” but all of this could be just as self-reflexively fun as the original 21 Jump Street.

Paul W. Downs and Lucia Aniello who both write on Broad City and together comprised Paulilu are now set to write a female centric spin-off of the 21 Jump Street franchise. Don’t be surprised if the duo that ends up together resemble the duo of Broad City’s Abbi and Ilana.

Now that the dust has settled from the Sony hack of last year and the recent WikiLeaks dump, the development of a Men In Black and 21 Jump Street crossover movie has been confirmed. We certainly hope that there’s plenty of jokes within the movie poking fun at how ridiculous this project could be, which seems to be a stamp of Miller and Lord’s.

We’re not sure how much Jenko, Schmidt, Miller, or Lord will be involved, but we do hope that this bodes well for that 21 Jump Street sequel where they go to art school.

Yes, that puts The LEGO Movie franchise at a potential 7 movies, even though none of the sequels or spin-offs have been released yet.

LEGO Movie 2-4 have already been added to the slate as well as a Ninjago and a LEGO Batman spin-off. Now Warner Bros. has added a third spin-off to the franchise that will be co-written by Jason Segel and Drew Pearce called Billion Brick Race.

No details to the plot are available yet, Phil Lord, Chris Miller, Dan Lin, and Roy Lee are on board to produce and hopefully keep the fun, innovative, meta tone of the first movie consistent throughout the franchise.

A LEGO Batman Spinoff Movie Is Now in the Works

On top of all the LEGO Movie sequels that have been planned for the rest of this decade as well as a Ninjago spinoff, Warner Bros. is now developing another installment of the franchise by giving the LEGO Batman character his own spin-off movie.

Also, to answer your question, yes, it will be voiced by Will Arnett.

There’s no doubting this is a smart move for Warner Bros. since the original LEGO Movie was a critical and box office smash hit. Note that, by 2019, according to their plans, Warner Bros. will have made and released 6 films under the LEGO Movie franchise.

CBS Passes on How I Met Your Dad with Greta Gerwig

May 14, 2014
Uncategorized
cbs, greta gerwig, how i met your mother, spin off

CBS Passes on How I Met Your Dad with Greta Gerwig

It seems like most networks are trying to make their version of How I Met Your Mother this season and, surprisingly, the direct spin-off, How I Met Your Dad with Greta Gerwig won’t be one version that will make it to series.

CBS has passed on the show and it is currently being shopped around. It’s possible, but it would be hard to imagine that this wouldn’t get picked up somewhere.

February 12, 2014
Uncategorized
cbs, greta gerwig, how i met your mother, pilot, spin off

How I Met Your Dad, a spin off of CBS hit sitcom How I Met Your Mother, will indeed star as well as be produced and even written by indie comedy darling Greta Gerwig.

No word on whether they will have her dancing and a few episodes tastefully done in black and white, but if this gets picked up with her current level on involvement, this could be great.

The Soup to Start Spin-off ‘The Soup Investigates’

The Soup to Start Spin-off ‘The Soup Investigates’

Starting Oct. 2nd on E! at 10:30PM, The Soup hosted by Joel McHale will be followed by a companion show, also hosted by Joel McHale (sorry if some of you thought it was going to be Chris Hardwick) called The Soup Investigates featuring such good comedy folks as Michael Kosta, Sarah Tiana, Eli Olsberg, and more.

So, with this and all growing number of shows that accompany a hit show, the Emmys might have to make another category for Outstanding Variety Companion Show?