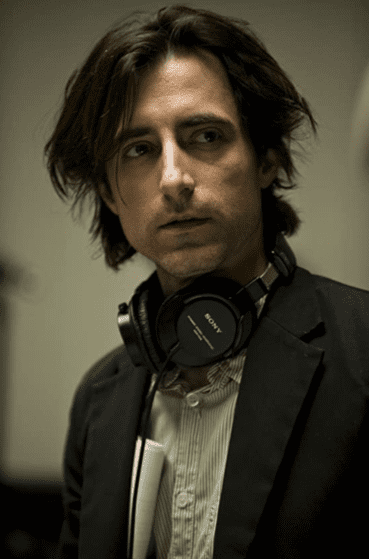 Count this as both a sign of the times and a big win in favor of Netflix. Getting lauded filmmaker Noah Baumbach (Frances Ha, Greenberg, Mistress America) to exclusively have his talents at the streaming giant and nowhere else bumps up Netflix’s profile in the critical eye for original movies and means that you’ll very likely get to see any and all of Baumbach’s upcoming work on Netflix in tandem with seeing it in a theater (whenever that’ll be happen in 2021).

Baumbach’s last film, Marriage Story, rolled out in limited release (so it can be considered for the Oscars and other awards) and on Netflix and it would seem that will be the plan for Baumbach going forward for awhile. We wouldn’t be surprised to see other beloved indie filmmakers signing such deals at other streaming services since the fate of movie theaters remains uncertain (save for the now-Netflix-owned Egyptian Theatre).

There is such a backlog of big studio releases that will very likely dominate the multiplexes, even the ones that have dozens of screens, that will leave room for those critically acclaimed dramedies that are, usually, the only way comedy gets any sort of artistic reception these days.

All of that said, we do have a guarantee that Baumbach will be churning out movies in the not so distant future and that’s just one more little thing to look forward amidst the din of everything else right now.

As suspected from the teaser, this latest dramedy exploring multi-generational family dynamics from Noah Baumbach looks pretty wonderful according to the full trailer.

Look for The Meyerowitz Stories (New and Selected) to stream on Netlflix starting on Friday, October 13th.

Still, this is worth paying attention to as Baumbach is one of the handful of film auteurs left (and does so in his particular brand of dramedy) and this does like that shooting star of movie where Adam Sandler takes everyone by surprise (Punch Drunk Love, Reign Over Me, Men Women & Children).

Look for The Meyerowitz Stories to start streaming on Netflix on Friday, October 13th.

(via The Film Stage)

There are only a few details to wrap our heads around right now, but we’re still reeling from Baumbach and Gerwig’s Mistress America from last year and will be keeping a close eye on this.

At this point, we know that production has just started, it follows an estranged NYC family getting ready an art retrospective of a patriarch, Adam Sandler and Ben Stiller star along with Dustin Hoffman, Emma Thompson, and Grace Van Patten, and the film’s current title Yen Din Ka Kissa translates to The Story of The Day in Hindi).

Again, it’s only a few details at this point, but we can see how this could have the makings for another great movie from a rare auteur in this era of comedy, Noah Baumbach.

Mistress America Is Now Playing All Over Southern California This Weekend

At this point, you’ve probably already seen Straight Outta Compton, maybe even more than once.

If you’re wondering what to see next in theaters, you’re in luck that Noah Baumbach and Great Gerwig’s latest work, Mistress America, opened wider this weekend to dozens of theaters across Southern California as well as some places up North like Oakland and San Francisco.

It looks to be another pitch perfect distillation of this generation that isn’t quite lost, but certainly is taking its time to wander.

An embrace as well as a satirical send-up of generations has been Noah Baumbach’s forte and his latest work with co-star and co-writer Greta Gerwig, Mistress America, looks like it’ll be sending up this current generation once more in a delightfully biting almost-thematic/spiritual-sequel-to-Frances Ha way.

Watch the trailer here and look for a limited theatrical release on Aug. 14th.

At the end of this month, Noah Baumbach’s latest work While We’re Young comes out in theaters. Then, we’ll all get to see Ben Stiller and Naomi Watts as an older couple try to hang out and keep up with a spirited younger couple in Adam Driver and Amanda Seyfried that do lots of young people things.

There’s this trailer as well as this brand new trailer to feast on until then.

Noah Baumbach brought us the wonderful Frances Ha latest year and on Mar. 27th 2015, he’s got another wry, though, possibly his most playful, comedy with his latest film While We’re Young coming out.

Ben Stiller and Naomi Watts play a middle-aged couple that starts hanging out with a couple in their 20s, Adam Driver and Amanda Seyfried,which should make for some nice cross generational humor.

Lake Bell has just set herself up to have a potentially great follow up to her directorial debut, In a World.

The Emperor’s Children, a novel from Claire Messud that follows the NY intelligentsia before and after 9/11, was adapted into a screenplay by perhaps the perfect person to adapt such a story, Noah Baumbach, With the script in place, Lake Bell is now set to direct making for an undeniably intriguing collaboration.

We’ll definitely be waiting patiently for a trailer.

Noah Baumbach Has Been Secretly Directing an Animated Movie for Dreamworks

Noah Baumbach Has Been Secretly Directing an Animated Movie for Dreamworks

Noah Baumbach, the director of The Squid and The Whale, Frances Ha, Greenberg, and more complex, layered live action comedies is making his first step into directing in animated features with an animated adaptation of Berkeley Breathed’s Flawed Dogs, an illustrated novel for kids.

Tone wise, we’re so intensely curious where Baumbach is going to take this.

Whether it’s an homage or reference to Woody Allen’s films or not, we do have a soft spot for wry comedy in black and white. Such is the case with Noah Baumbach’s Frances Ha starring Greta Gerwig. See the trailer to see what we’re talking about.