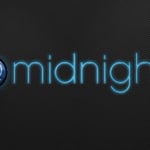 The final series tapings of @midnight with chris Hardwick​ at Hollywood Center Studios are this week, specifically tonight, tomorrow, and Wednesday. Guests include the Kids in the Hall, Jen Kirkman, Paul F. Tompkins, Dan Harmon, and Tom Kenny.

We don’t know specifics, but we’re sure that these episodes will be special.

It’s still free to attend, but you’ll have to join on a waitlist, which you can do so right here. 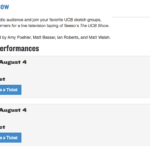 UCB’s best and brightest are getting another round at Seeso as there are another set of tapings for The UCB Show. 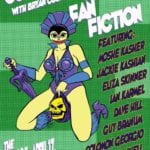 Earlier this year, we all got the great news that CC:Studios’ This Is Not Happening with Ari Shaffir web series graduated to an actual TV series to air on Comedy Central.

We highly recommend not missing out on this so you can catch story like this, this, or this live.

Catch tapings if you’re in NYC.

If you’re deep in the valley in LA county or have the inclination to drive there from somewhere that isn’t, you might want to check out these tapings over the next few weeks for Adam Devine’s House Party. We’ve heard rumblings about this for awhile now and there are some really great comedians (many of who are written about here at The Comedy Bureau) that you may or may not know about that are getting their first TV appearance.

Also, it’s free w/RSVP and it’s a backyard comedy show, so get on it already.