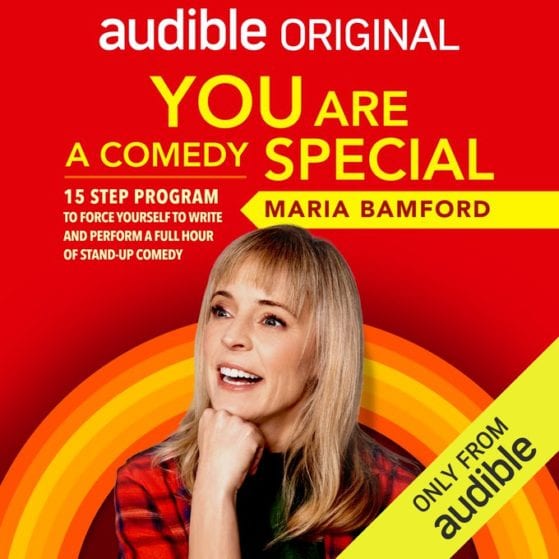 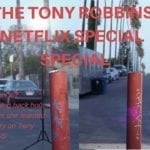 If you’re into diving into seeing one of the shows at the Hollywood Fringe Festival going on right now, check out Lucia Brizzi’s Tony Robbins Netflix Special Special.

Basically, it’s an attempt at a self-help special by someone watched self-help magnate Tony Robbins, but clearly still needs help in their life. The result is a damn fun deconstruction of self-help that’s coming apart at its own seams.

They have one more engagement at the Hollywood Fringe this Saturday, June 24th at Three Clubs. Tickets are $12 and you can (and should) get them here.

This is more than just an unusually long episode title for the FXx series It’s Always Sunny in Philadelphia. Charlie, Mac, Dennis, Sweet Dee, and Frank are indeed all putting together a book of advice, which will undoubtedly words to live by, so long as well all move to South Philly and work at a dive bar.

While they’ll cover such topics as varied as fashion and survival, we hope that the DENNIS system is broken down in even greater and more disgusting detail. The book is real and on pre-order.

It’s no secret that there is a great deal of personal mental strain that comedians go through, often self-inflicted, despite having “making people laugh” in their job description.  While self-help books are often a popular topic for jokes and I’ve surprised other comedians by not having ever entered therapy, any person legitimately doing comedy would tell you that any whisper of encouragement, even if not specifically directed at them, is more than welcome.

Over the last few months, such symbolic “pats on the back” and sincere echoes of “keep at it and believe in yourself” have popped up online and have given credence to the aforementioned claim of insecurity by comedians.  The following is a collection of those metaphorical motivational posters in the form of podcasts, quotes, videos, etc. that might make you more feel comfortable along the road to answering the question:

What the fuck am I doing trying to make strangers laugh?

2) Louis C.K. and the Joan Rivers episode of Louie

3) Dan Harmon (Creator of NBC’s Community) on meeting George Gallo, writer of Midnight Run, the dilemma of being creative, and nominations.

4) “It took me until my 40s to realize it: There’s no destination. There’s no getting anywhere. There’s just the going. The key to life is to make the going really fun. Because people that are like, “If I just get to this, then boom!” And then they get there and there’s this dawning of an afterwards. Whereas I’m just always in the going. And it’s not a frantic going like, “I gotta keep going or I’m gonna go nuts!” I can not do anything for weeks or months if I need to and just sit and read books or watch movies. I’m just as fine consuming and absorbing new art as I am trying to make it. But it’s all in the going.”