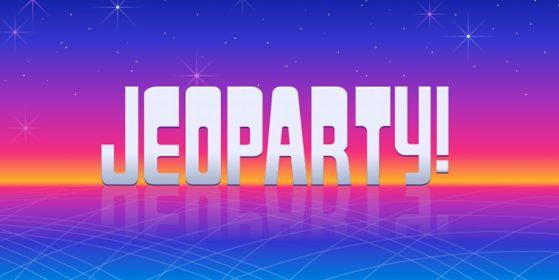 At this point in time, it doesn’t seem like they’re going to have Will Ferrell reprise his rendition of the late, great Alex Trebek to fill in for the vacant slot to host Jeopardy! (seems like Mayim Bialik wants to be the permanent replacement?). So, that means that a whole row of comedians won’t be the contestants on our personal dream version of the show.

There’s still hope, however, as Brooklyn’s littlefield is doing their very own all-comedians spin on the trivia game show institution called Jeoparty! with Ophira Eisenberg next month. It’ll be even more ridiculous than SNL’s Celebrity Jeopardy if you can imagine. For this go around of Jeoparty!, NYC comedy’s best and brightest in Josh Gondelman, Shalewa Sharpe, and Michael Kosta will be joining in.

As Jordan Klepper moves on up to doing his own show, Trevor Noah and The Daily Show are now taking the formerly ranked 864th tennis player in the world and making one Michael Kosta into the brand new Daily Show correspondent.

Kosta should fill in Klepper’s shoes nicely as they have a similar demeanor and cadence and probably the same shoe size (i.e. they’re very likely the same height).

Look for Kosta to start tonight. 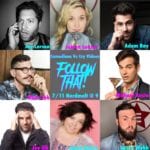 The show that has comedians following the most heart wrenching videos on the Internet is back.

Follow That! really does play a video that is almost perfectly designed to make you cry and has stand-up comedians see what they can do immediately afterwards.

It may sound cruel and unusual, but, as far as we have seen thus far, it has been a hell of a good time.

Tickets are $8 in advance and $10 at door. Get your advance tickets here.

Hey, Internet commenters, you did it. Your snarky, nasty, vile, unfiltered comments are now going to be the subject of a pilot that Joel McHale is developing for E!

Comedian Michael Kosta is set to host the show and guide the dissection of what exactly goes into Internet comments. If this goes to series, we can only hope that it will encourage people to start spelling correctly.