In Hannah Gadsby’s Hour “Nanette”, Gadsby Reveals and Undoes the Seams of Comedy to Properly Tell Her Story of Sexual Assault

Much of 2018 is left, but we’re already thinking that Aussie comedian Hannah Gadsby and her new special Nanette, now streaming on Netflix as of this week, will be talked about for quite some time.

There are so many facets to it that, we think, demand such attention.

The contrast between the two angles lends to Gadsby also sharing her personal philosophy on how comedy exactly works, down to the very DNA of it. From this almost critical dissection of comedy, Gadbsy goes on to suggest that she might have to step away from comedy as she wants to present the truth, warts and all, no matter how uncomfortable it may be.

With this mix, Nanette is an hour that really is dramedy more than it is a simply labeled stand-up comedy special. There are funny, charming bits and passages that are incredibly intense and effective, both of which Hannah manages to weave in her expertise in art history as well.

So, we highly urge you to go see all this for yourself in Gadsby’s Nanette on Netflix. 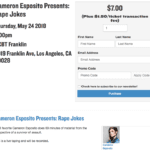 The twist here is, as you might have already read above, that this will be an hour of stand-up done from the perspective of a survivor of sexual assault.

Sincerely, if you’re in the LA area, you should make it out to this.

There are two tapings, 7PM & 9PM, on Thurs., May 24th at UCB Franklin. Get tickets here and here respectively. 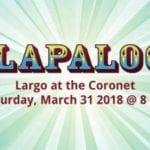 Tig Notaro’s big annual charity benefit Krullapalooza at Largo is partnering with PAVE (Promoting Awareness Victim Empowerment), “a national nonprofit that has lead the movement to shatter the silence of sexual violence and create cultural change”, for this year.

For the show, Tig will be joined by the likes of Jen Kirkman and Wendy Liebman making for a show you shouldn’t miss and a cause you really should support.

Tickets are $75 and you can (and really should) get them here.

Jena Friedman absolutely pulls no punches in this stand-up set from last night’s Conan even though she gives the veil of being of quiet concern the whole time. It’s subtly vicious, which is great specialty of Jena’s.

She even urges us all to take Nazis down a few notches because that’s a thing that we all have to do again.

As Natasha Leggero said herself in this interview, sexual harassment amongst women is so pervasive that she forgot that it had happened until hundreds of other women started speaking up. Natasha’s story is important and features yet another account of Toback’s abuse of power and Leggero tells the story with plenty of levity.

Hopefully, we can get to all collectively have sexual assault, harassment, abuse, misconduct, misbehavior so far behind us that we can be where Leggero is today.