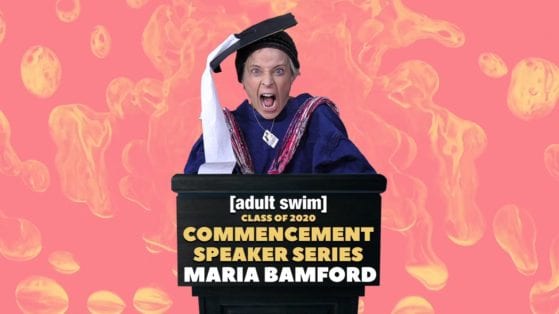 Maria Bamford Delivers Another Fantastic Commencement Speech, Though This One Is a Bit More Meta

Three years ago, Maria Bamford delivered one of the best commencement speeches of 2017 when she helped pay off some student debt with her speaking fee and made her whole speech for the University of Michigan Class of 2017 centered on the gesture.

This year’s graduation season happens to coincide with the historic COVID-19 pandemic, making commencement speeches vastly different and more challenging to nail in such weird times. Still, Maria managed to pull off the speech that all classes of 2020 need right now and even get more abstract and meta with it. Even though it’s for Adult Swim as opposed to an actual educational institution, Bamford’s candor and honesty is, as it always is, simultaneously so beautiful and hysterical. 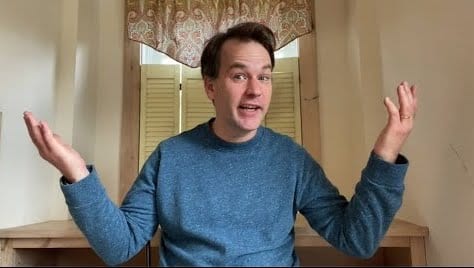 It’s that time of year where waves of graduations are happening at every level. As far as comedy is concerned, that does usually mean that there is a handful of great commencement speeches that are given by comedians and, essentially, you get to see inspirational stand-up done in a gowns and ceremonial hats. The speeches are meant for the graduates, but there’s a certain joy in still watching such addresses no matter what stage of life you’re in.

The COVID-19 pandemic has obviously made an in-person graduation with hundreds or thousands of people gathering impossible at the moment. Yet, the commencement speeches are still coming through for the classes of 2020 remotely.

Mike Birbiglia just remotely gave such a speech that was pretty damn perfect for the Georgetown University Class of 2020 and the almost unbelievable times that we live in. Birbiglia makes a rather short speech as far as commencement speeches go, but it’s so perfectly worded (as it would be from someone who routinely does celebrated solo shows on Broadway).

And We Have the First Funny, Inspiring Commencement Speech This Year with Will Ferrell’s Speech to USC Graduating Class of 2017

On top of Will Ferrell giving the delightful, uplifting commencement speech that you’d expect from Ferrell, he is now has an honorary doctorate from USC and we can only hope that he uses that credit all the time, whether applicable or not.

Watch Ferrell’s speech to the USC Graduating Class of 2017 here.

It’s Always Sunny in Philadelphia’s Charlie Day went to his alma mater and gave a commencement speech that the graduates of more prestigious institutions should be absolutely jealous of.