May 22, 2011
Uncategorized
comedy shorts, los angeles comedy festival, what to do 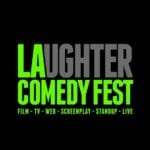 The 9th Annual Los Angeles Comedy Festival screens the Best of the Fest of Comedy Shorts TONIGHT!!!  Click on logo for tickets.

Charlie on Parole-a “long” short with comedians TJ Miller and Joe Wengert.  It’s been posted on Splitsider and the Comic’s Comic, but I think you have now have time to watch and will thus more likely click on it (meaning this is 22 minutes and you have time to watch now).

Comediennes Barbara Gray and Whitney Teubner show you how to not play cards and/or break startling news.

I don’t know why I haven’t found out about this until just now, but if you 15 spare minutes, watch and enjoy “Eagles Turning People Into Horses”.

Kyle Reiter and I created a new show for Channel 101 called Legend of the White Tiger. Shot by the incredible Todd Bishop and staring Halle Detrixhe, Kelsy Abbott, Jeremy LaPeer, Rob Schrab, Ryan Nagata, Sammy Primero and me.  Voices provided by Kelsy Abbott, Steve Agee, Todd Bishop, Rob Schrab, Kate Freund and Kyle Reiter as Big Wind!  Thanks to all of our friends for helping us and especially to Nick Plotquin!  I had such a great time making this with my boys and am overwhelmed by the amount of positive feedback.  Thanks again!

Another solid portion of Channel 101!