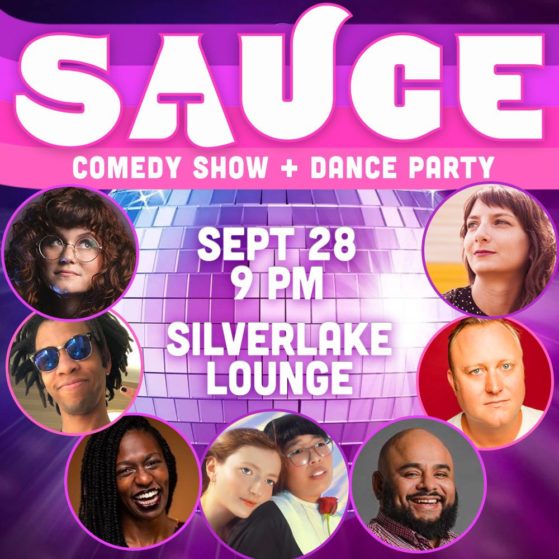 Slowly, but surely (as much as the pandemic will allow), some of our favorite shows from the before times are coming back in LA.

Many Friday nights, you could have found us at the back of a private room at Desano Pizza in East Hollywood for the fantastic weekly comedy show known as Sauce. It was nice, neatly packed show that had some of the best stand-ups in LA and some out-of-left-field bits that were the perfect cherry on top for that slice of the evening.

Thankfully, it’s back with most of its original crew, Babs Gray, Erin Lampart, and Brodie Reed and they’ve relocated to both Silverlake Lounge and a Tuesday night. Their first show back since lockdown is set for Tues. Sept. 28th at 9PM PT and admission is free (proof of vaccination required). Per usual, they have a killer line-up  for this edition of Sauce with Katrina Davis, James Fritz, Kyle Mizono & Anna Seregina, and Steve Hernandez.

If you’re in or around Silverlake in LA (or even if you’re not), make this your Tuesday night for this coming week. 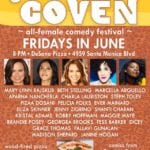 The fantastic weekly comedy show Sauce at Desano Pizza is taking every Friday during the whole month of June to present Pizza Coven: All Female Comedy Festival and highlighting LA’s best female comedians that you should know about. 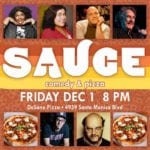 For three years, Sauce has built themselves up as cozy, warm, wonderful stand-up show to watch in a private room at a delicious pizza bakery.  Perhaps, they might be the best comedy show at a LA pizzeria.

As always, a $5 suggested donation is all you need for the show. Get more details here! 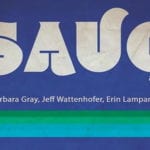 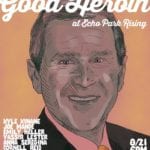 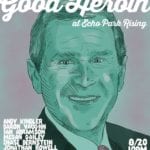 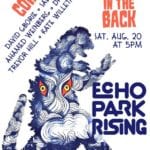 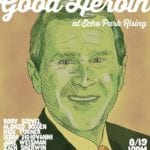 The annual neighborhood-wide party known as Echo Park Rising will have plenty of music, but will also make sure to include plenty of comedy as well.

Oh yeah, all these are free to attend. 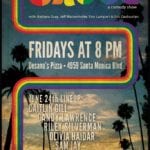 All proceeds from this particular edition of Sauce will go to the Pulse Victims’ Fund.