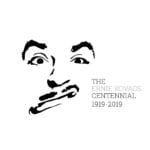 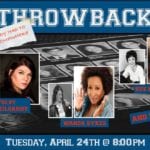 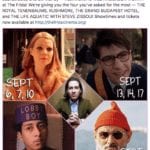 You have heard plenty and will be hearing plenty how much of an impact David Letterman made on comedy.

Pretty much all of it is worth watching, reading, etc.

As Dave’s final day, May 20th, at The Late Show nears, the reminiscing of Letterman’s landmark career has gotten well under way.

This week, a montage of his guests over the decades was put together showcasing Dave in his element with some of his favorite guests and favorite moments on The Late Show.

Also, Conan O’Brien wrote a heartfelt, personal essay at EW about what David Letterman meant to him and the state of comedy even as it is now.

Rest assured, there will be plenty more oral histories, speeches, etc. for Dave over the next two and a half weeks.

With Samantha Bee, Jason Jones, and soon, Jon Stewart leaving The Daily Show, the end of one and the beginning of a new era are coming soon.

Last night marked the final episode of The Daily Show for longtime correspondent Jason Jones and along with it came a great retrospective of Jones’ time there going all the way back to when he started in 2005.

His exit comes at the same time with his wife Sam Bee’s and will precede Stewart’s departure later this year, leaving a Daily Show that’s largely new correspondents and a brand new, yet to be announced host. The individual projects that Jones and Bee have going over at TBS should be fun to look forward to.

In many ways, it’ll be like when Stewart first took over The Daily Show all those years ago.

Watch A Brief, Abbreviated Tour of The Comedy Career of Wayne Federman

Wayne Federman has not only been through so many different eras of comedy and their accompanying sensibilities, but he has done so very well and in every capacity imaginable. He’s been a stand-up, the head writer at Late Night with Jimmy Fallon, a go to commercial actor, doing musical comedy deftly, a successful character actor in TV and film, throwing his own film festival four years in a row, and so much more.

This reel spans so much and is the perfect reason why you should be following everything Wayne if up to these days.

Last night was John Oliver’s final episode of The Daily Show as a regular correspondent. He’s off to do his own show at HBO, but before he went, Jon Stewart gave him a present that brought him to tears in his own retrospective over the last 7 ½ years.

This is so out of left field… in the best way possible.