Believe it or not, the idea that we need to talk to each other more in America is happening, albeit under strange, Twilight Zone-ish circumstances with the impending Trump administration only a few weeks away.

Trevor Noah reached out to political pundit and Trump advocate Tomi Lahren and had a civil discourse on The Daily Show. On last night’s Full Frontal, Samantha Bee reached out in a somewhat similar spirit to the one and only Glenn Beck.

You can see Beck as an anthesis to Bee, but it just so happens that they have come together against Trump.

That makes for this weird, funny interview between the two, which will undoubtedly be happening more often between satirical news show hosts and guests that have opposing views. 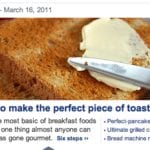