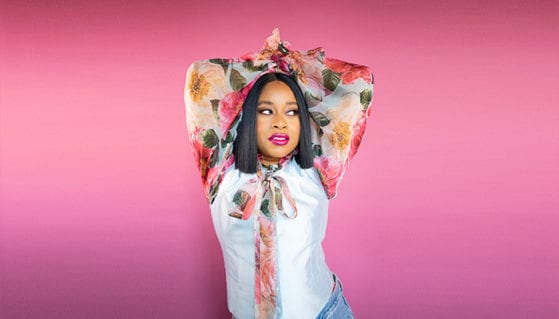 As live comedy is returning to some of the pace and volume that it used to be, so are exclusive tapings of comedy specials for big time networks and streaming services (and it won’t be something unprecedented like a drive-in or sitting at a converted part of Universal Studios).

The latest high profile special that will be taped will feature Phoebe Robinson, whom you ought to know from 2 Dope Queens/Doing the Most/Tiny Rep Books/guest hosting Jimmy Kimmel Live last night, for HBO Max. Robinson will be bringing her first hour filled with her hot takes on the world that are equal parts sharp and bubbly to the Brooklyn Botanical Garden on Fri. Aug. 13th for two shows, 8PM ET & 10PM ET.

Best of all, tickets are free and you best go RSVP for them right here right now. 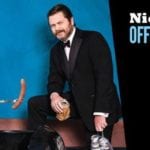 Nick Offerman and Megan Mullally’s Summer of 69: No Apostrophe is coming back once more for a taping, this time at The Irvine Barclay Theatre. Be witness to one of comedy’s most passionate and best couples next month on Saturday, January 14th at 7PM and 9:30PM. Even if it’s in the middle of winter, we’re sure you’d want to see Offerman and Mullally do whatever they want to do at any time of year.

Tickets are $39 and you can (and should) get them here. 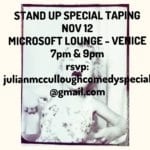 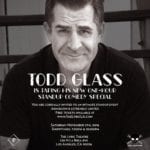 This is another example that shows that Mike Birbiglia has one of the best independent business models in comedy that integrates live touring, books, comedy specials, movie adaptations, etc.

Over the last few years, Birbiglia has very successfully performed, adapted, and released My Girlfriend’s Boyfriend, Sleepwalk with Me and Don’t Think Twice in various platforms and media.

Birbiglia is now on to his latest comedy special, almost like clockwork, that will cap off the nationwide tour of “Thank God for Jokes. The special will start streaming on Netflix sometime next year.

For now, if you’re in Brooklyn/NYC, you can get tickets for the taping that’s happening on November 4th & 5th at the Brooklyn Academy of Music’s Harvey Theater. 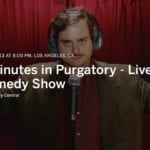 Ian Abramson’s 7 Minutes in Purgatory, the live comedy show where the comedian performs alone in an empty room and the audience watches in another room via a live camera feed, is taping for Comedy Central this month at the rooftop of The Ricardo Montalban Theatre on Tuesday, September 13th at 8PM.

You can (and should) get your free tickets here. 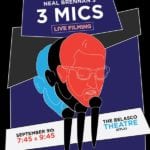 Neal Brennan is taping a special for his special solo show 3 Mics for Netflix next month. RSVP for your free tickets here.

Kurt Braunohler indeed is taping an hour long stand-up special for Comedy Central. Called Trust Me, he’ll be taping it in Portland, OR at Revolution Hall on Saturday, September 24th.

Given his skywriting, jet skiing, driving a giant butt cross country, and other such large scale acts of absurdity, we personally can’t wait to see what Kurt does with an hour of stand-up on national television.

If you can go, you should go and you can get free tickets here. 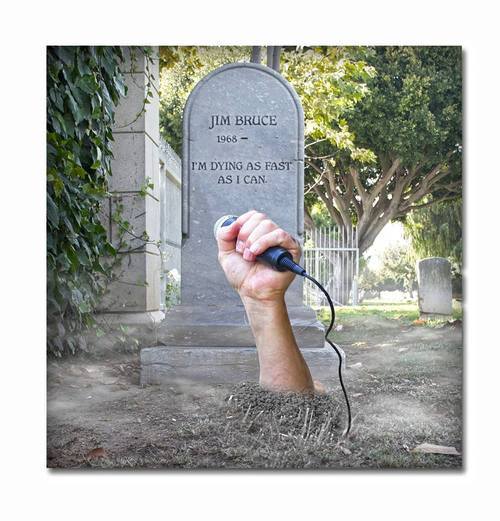 Jim Bruce has been around the LA comedy scene for awhile and his stand up has been sort of a hidden gem even though he’s played in so many places in this city over the years.

Bruce is taping a comedy special, I’m Dying as Fast as I Can, at The Westside Comedy Theater next week on Sun. Oct. 6th at 7PM after raising the money on Kickstarter to do so and we think you should attend not only to support indie comedy without the backing of a label, brand, etc., but someone who definitely knows how to pull off great jokes about death and suicide.