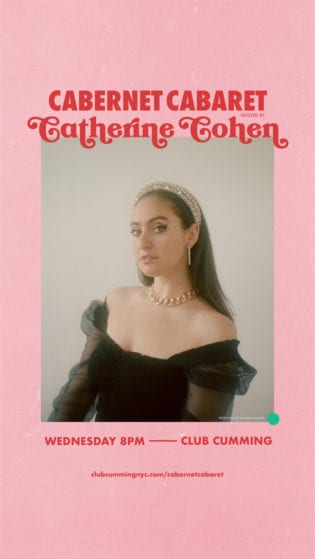 Pick of the Day: Cabernet Cabaret with Catherine Cohen (in NY) Wednesdays

Once more, the indie comedy shows in LA and NYC are making their way back and so too are their loyal audiences who so loved packing in from wall to wall to watch of either city’s vast treasure chest of comedy.