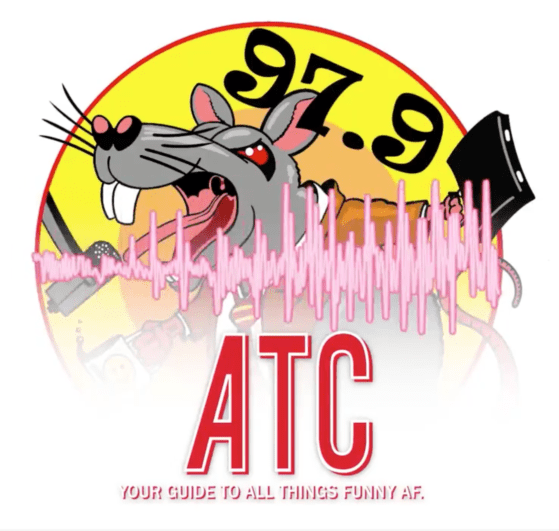 97.9 The Rat Race, Our Favorite Dark Comedy Morning Zoo Radio Satire Podcast, Is Coming Back on All Things Comedy

Of the send-ups of the so-called “morning zoo radio” that have existed in comedy over the last several years (and there are a fair amount as dealing with morning radio jocks is often the bane of comedians’ existence), 97.9 The Rat Race is absolutely one of our favorites. Ben Roy, Chris Marrs, and Beth Hoyt nail the voices and the problematic behaviors of such morning hosts between the trio of Donny D, Animal, and Tara and then take every episode to such a hysterically dark place that, for us at least, we kind of hoped a lot of “morning zoo radio” would stumble into.

The episodes would come out every now and again, but we’re so glad to hear that All Things Comedy is bringing 97.9 The Rat Race to their podcast network with whole brand new run of episodes starting Mon. Aug. 31st. So, go binge the original run of episodes of 97.9 The Rat Race on your favorite podcasting platform right before next Monday, so you can get ready to see how some dark secret gets uncovered after Turn The Beat Around gets played again.

RATS! The biggest story of 2020 has arrived! 97.9 is now under the corporate umbrella at i😀audio, which means #DonnyD, Animal & Tara are moving to @allthingscomedy! New episodes begin 8/31… and never, ever stop! Details below! #RIPDinkums pic.twitter.com/9bgkNGp28g

The “morning zoo crew style of talk radio” has been well etched into the minds of many a generation. The over-the-top sound effects, inclusion and simultaneous domination of female voices, and the obnoxious wackiness are all too familiar as a radio programming format.

Ben Roy (Those Who Can’t, The Grawlix) has thus done a dark, satirical, and spot-on send up of such a program with his great, new podcast 97.9 The Rat Race.  It has all the trappings of “classic” morning talk radio, but just twists the knife with how ridiculous it really is. Roy is joined by Chris Marrs and Beth Hoyt for short and oh so wryly sweet episodes that follow what happens when the sound effects can’t cover up what’s really going on in the lives of morning radio.

Get into 97.9 The Rat Race on Apple Podcasts or wherever you listen to podcasts.