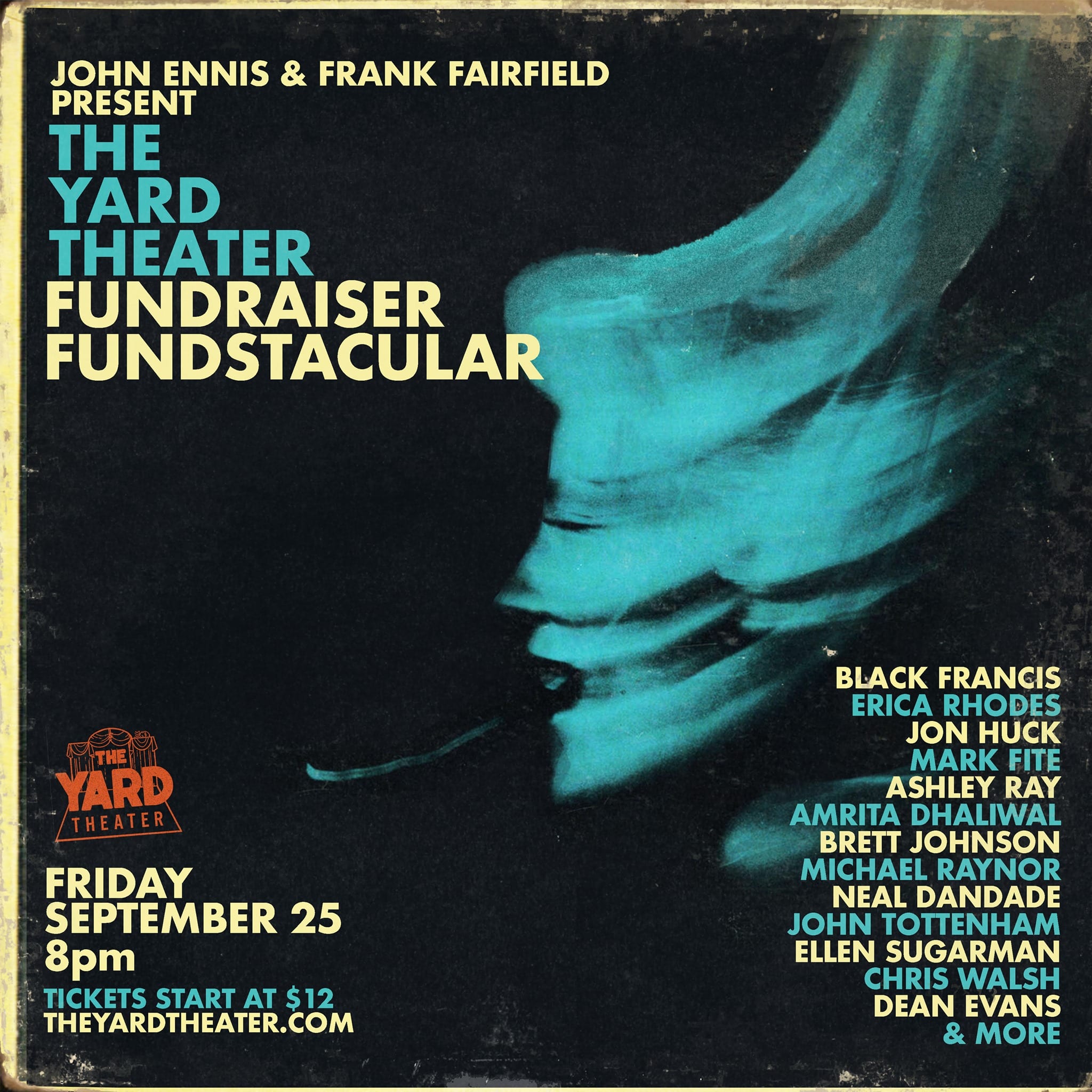 September 15, 2020 News amrita dhaliwal, ashley ray, black francis, chris walsh, dean evans, erica rhodes, fundraiser, jon huck, mark fite, michael rayner, save our stages, yard theater
The Yard Theater in LA was just getting on its feet with building out its live programming schedule featuring comedy, music, theater, etc. just before lockdown started. They had plenty of classes and open mics as well and were poised, under the guidance of one John Ennis, to return this space (The Yard Theater used to be another multi-purpose variety venue called The Fake Gallery, FYI) to being a beloved, go-to indie venue.
You already know the story from there when March of this year came around and as we are in our sixth months of all venues being dark in LA, The Yard Theater is putting together one hell of a live-stream fundraiser to keep the ability to reopen in the future.
Slated for The Yard Theater Fundraiser Fundstacular are:
The Pixies’ Black Francis
Erica Rhodes
Jon Huck
Mark Fite
Ashley Ray
Amrita Dhaliwal
Brett Johnson
Michael Rayner
Neal Dandade
John Tottenham
Ellen Sugarman
Chris Walsh
Dean Evans
& More
That’s pretty damn great and brings in some of LA’s best from all sorts of corners of performance. Tickets range from $15-$31.50 (will include an exclusive button and poster) and you can and very, very much should get them here.
Back