Tuca & Bertie Is Being Revived at Adult Swim 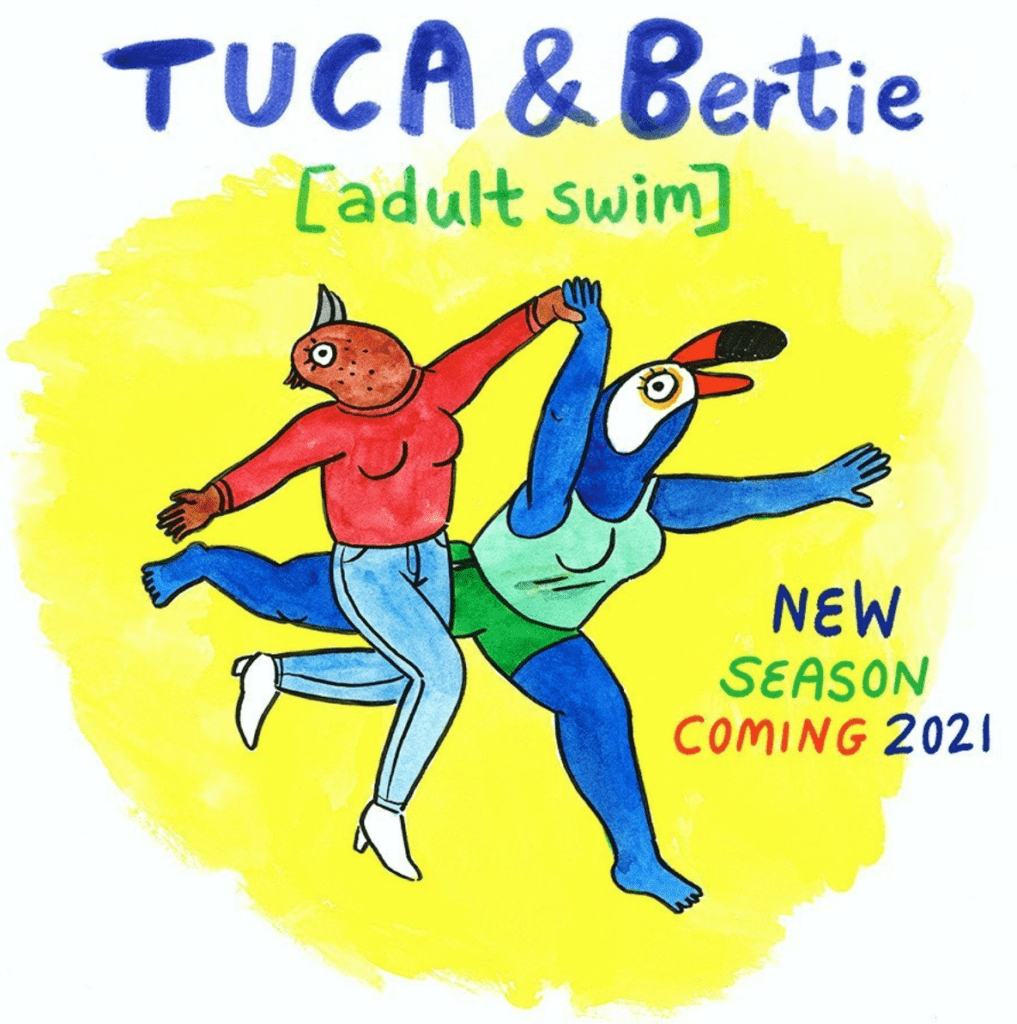 It’s pretty clear to us that Tuca & Bertie, the animated series from Lisa Hanawalt that featured Ali Wong and Tiffany Haddish’s voices as birds didn’t get enough of a chance over at Netflix. It was such a wildly imaginative, colorful, unique, funny world with a very lovable duo of Tuca & Bertie (that may be the successors to Broad City’s Abbi & Ilana for female friendship on TV?).

Announced this morning, Tuca & Bertie will be getting the greater chances that they deserve over at Adult Swim with an entirely new season due next year. That’s all the details for now, but, go watch/rewatch the inaugural season of Tuca & Bertie over at Netflix to get transported to the wild, lush, and nuanced universe that Hanawalt created.