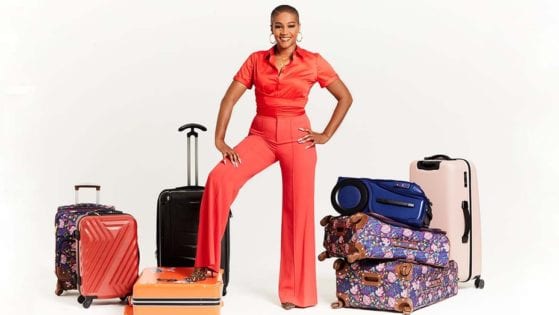 Tiffany Haddish Is Launching Her Own ‘She Ready’ Internship Program

So much of Tiffany Haddish’s spirit, both on stage with her comedy and off, is dedicated to uplifting people. Already she has done multiple showcases highlight her favorite comedians that she wants to share with the world via Netflix. She’s similarly motivated to start an internship program branded with her catchphrase, She Ready.

Haddish grew up in the foster care system and she is thusly making that the focus of The She Ready Internship Program. She’s looking to connect “transition-age foster youth with transformative experiences in the media, arts and entertainment industries.” The internships will serve Tiffany’s She Ready Productions has and it’ll kick off next year.

Get more details/info about the internship here.

Tiffany Haddish Is Having Quite a Week

For Tiffany Haddish, this week alone:

–Girls Trip, the film in which she arguably stole the whole movie, just passed $100 million in the U.S. box office (via Variety).
–She had a really stellar interview on Colbert.
-Her hour long Showtime stand-up special Tiffany Haddish: She Ready! From The Hood to Hollywood premiered on Showtime.
–Kevin Hart vehicle Night School just added her to the cast.

The last person that we can remember a somewhat similar breakout moment like this, where everything seemed to be happening at once, is Aubrey Plaza.

Oh yeah, her weekend of shows at the Brea Improv next month are all already sold out too.

So, if for some reason you’re not doing so already, keep watching the rise of Tiffany Haddish.