More props should be given to Pop TV for taking a chance on Schitt’s Creek and, as such, more credence should be paid to whatever is on their slate going forward.

For our money, a sitcom that stars the purely funny Betsy Sodaro (the mere sound of her voice and cadence has us giggling) as a millennial bestowed with “the Immaculate Conception” in a project developed by a stacked team of Sodaro, Rachel Bloom, Dan Gregor, and Casey Feigh could land anywhere and we’d be pretty excited for it.

So, Mother Mary with Sodaro landing a pilot order at Pop TV is pretty damn intriguing to us. Perhaps, it’s the next thing that Pop TV will focus on after Schitt’s Creek closes out as a series later this year.

Schitt’s Creek has been such a wondrous hit for Pop TV. For five seasons, the journey of the Roses family has organically built a very loyal following. Going into it’s sixth and final season, it seems there seems as if there will be some quite sweet moments as the Roses’ humanity finds a bit more of the way to the surface.

Also, Moira’s looks in this season are so fierce that we hope folks make her a go-to costume for Halloween next year.

See all of this for yourself in Schitt’s Creek sixth and final season trailer here, then look for final season premiere on Tues., Jan. 7th 9PM on Pop TV. 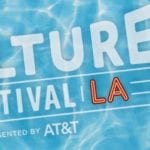