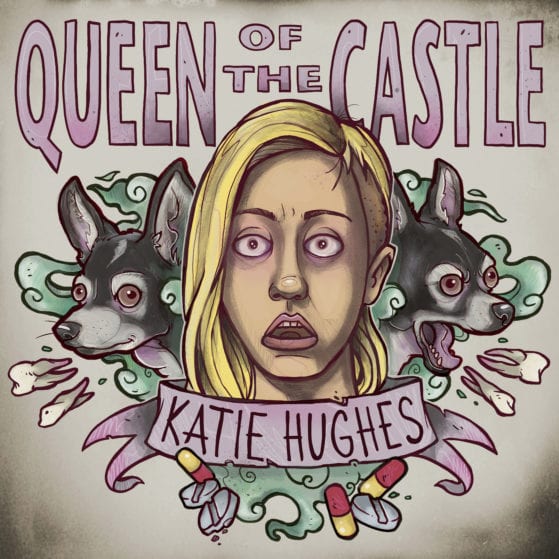 Please Get Katie Hughes’ Debut Album “Queen of the Castle”

Because of the restrictions of the pandemic, we don’t get surprised like we used to with comedians that we’ve never seen live before that just happen to be on one of the many shows that we used to watch on a nightly basis. Also, there is still only a certain percentage of comedians that are even doing live-streamed comedy right now and the sliver of live, outdoor shows that are happening around the country (not really in LA still) can only be seen locally. Coming across something new, like all things right now, is harder than it used to be.

That’s all to say that it was very nice surprise to hear Katie Hughes‘ debut album Queen of the Castle as Hughes is based out of Atlanta nixing any chances to see her live on stage over the last several months. For a debut album, Hughes as charmingly self-assured and confident in her blend of personal revelations and wildly colorful set of assorted characters throughout her own life, especially for her very first record. Hughes’ specificity in her voices and writing about her journey from her growing up poor in North Carolina to dishing out her brand of artisanal, vulnerable silliness is so rich and really makes Queen of the Castle a satisfying listen. Again, it was such a joyful surprise to listen to Hughes for the first time and we’re excited to what she whips up in the years to come (you know, when stand-up comedy can happen like it used to).

Katie Hughes: Queen of the Castle comes out Tues. Sept. 15th from 800 Pound Gorilla Records. You can (and very much should) pre-order/buy/stream it here. 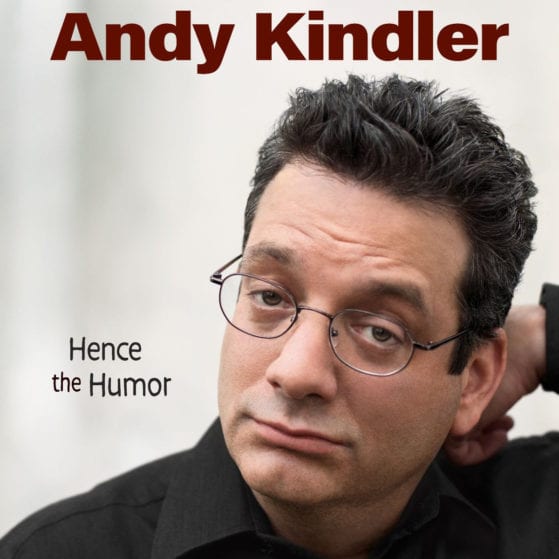 Over his multi-decade tenure in comedy, Andy Kindler has become comedy’s own venerable Internal Affairs department. Kindler’s roasts of any and all comedy that has become rote has earned him a permanent slot at JFL Montreal where he pokes fun at every corner of the art and business of comedy that he can with his State of the Industry “address”.

Yet, despite such status, Kindler has yet to release a full length comedy album. Well, he had yet to release such a thing until Hence the Humor came out today. Kindler has actually even released a special I Wish I Was Bitter long before this, but, leave it to a freewheeling deconstructionist like Andy to put out a debut album after everything else he has achieved in his storied stand-up career.

To that point, Andy shows off he what he does best with digging himself in holes and then nimbly jumping out them with such mastered ease. Kindler has jokes, then jokes about his own jokes, then asides about why he has to make jokes about said jokes and it all comes so fast, ricocheting from every angle, it’s one hell of a satisfying ride (that we’ve taken several times and we’ll take several times over again).

We wish we didn’t have to wait for Kindler to release a comedy album, but, it was worth the wait (even if you didn’t know you were waiting).

Andy Kindler “Hence the Humor” is out now from AST Records.

A combo of laid back breeziness and having a bite is a rare find in comedy, but that is what you’ll find with Clare O’Kane and her debut comedy album Let It Be, fresh off the presses over at AST Records.

Clare has spent a significant amount of time honing her comedy chops in SF, LA, and NYC and the result is an hour that hits that sweet spot between loose, sharp, personal, silly, flippant, and sweet (the intro by Megan Koester sets a perfect tone for the album by the way). There’s such an great easy going energy for this album, it almost feels like it wasn’t being recorded and you’re a fly on the wall at a really cool indie show.

So, go get Clare O’Kane’s Let It Be on vinyl or iTunes already.