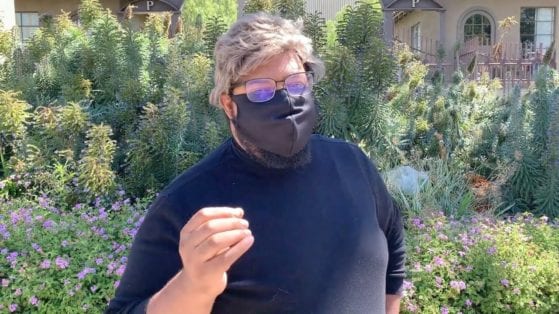 Jamel Johnson has been one of a handful of comedians that have found a way for to make comedy work for them under quarantine. Johnson, pretty much at the start of lockdown, recorded and released a great stand-up special without an audience.

Johnson continues to pull off bits and shenanigans, the latest being a bit for Team Coco.

While Johnson isn’t technically a professional art critic and is very clearly wearing a wig, him going around LA and giving his hot takes on various Black Lives Matters posters and “art” is worth him saying he is an art critic and all of us believing that is his real hair. 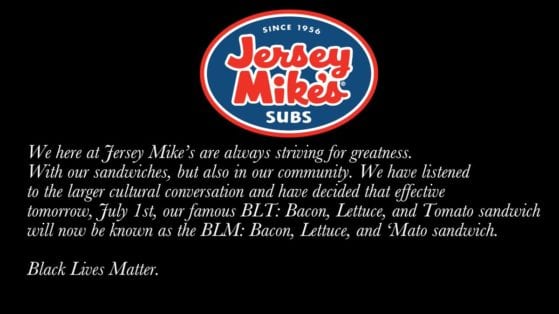 Plenty of corporations are trying to join in on the cultural uprising around the globe sparked off by the murder of George Floyd. Yet, as corporations often do when it comes to taking a stance, they fall short of the mark and often make tone deaf, performative gestures.

To point this out, Yassir Lester made a fake Jersey Mike’s post on Twitter that claimed that they would offensively rename a sandwich as a point of solidarity with Black Lives Matter. Though there was no connection to an official Jersey Mike’s social media account, plenty of people ran with it like it was a real statement from the real Jersey Mike’s.

With that being the case, Lester, 12 hours later, owned up to creating the hoax and then asked, “How bad off are we that we thought a corporation would rename a sandwich, offensively, as a statement of solidarity?” He also added, “Why is no one using Google?” as it would indeed having been easy to see that this wasn’t a real advertisement by Jersey Mike’s.

Lester went on to be more emphatic about his faux Jersey Mike’s tweet remarking that corporations of all kinds often say that they will offer support to communities in need, but, often, no one knows where that money is going. Marginalized groups are more in need of direct support through defunding police, access to health care and housing, etc. and corporations shouldn’t just seem like they’re doing enough by ill-advised performative gestures on social media. Again, this one was fake, but you have certainly received some sort of corporate/company newsletter in your inbox that actually falls short of supporting marginalized people getting what they need to live like so many of us with any modicum of privilege.

For our money, this is high level satire that is so effective that it might just open people’s eyes to yet another thing that they were unfortunately overlooking.

The tweet went viral and, despite his explanation, there is local news coverage that talks to people who still seem to miss the point.

Here is the news covering the Jersey Mikes tweet and I can’t stop laughing. https://t.co/rIQ3uKrDeX