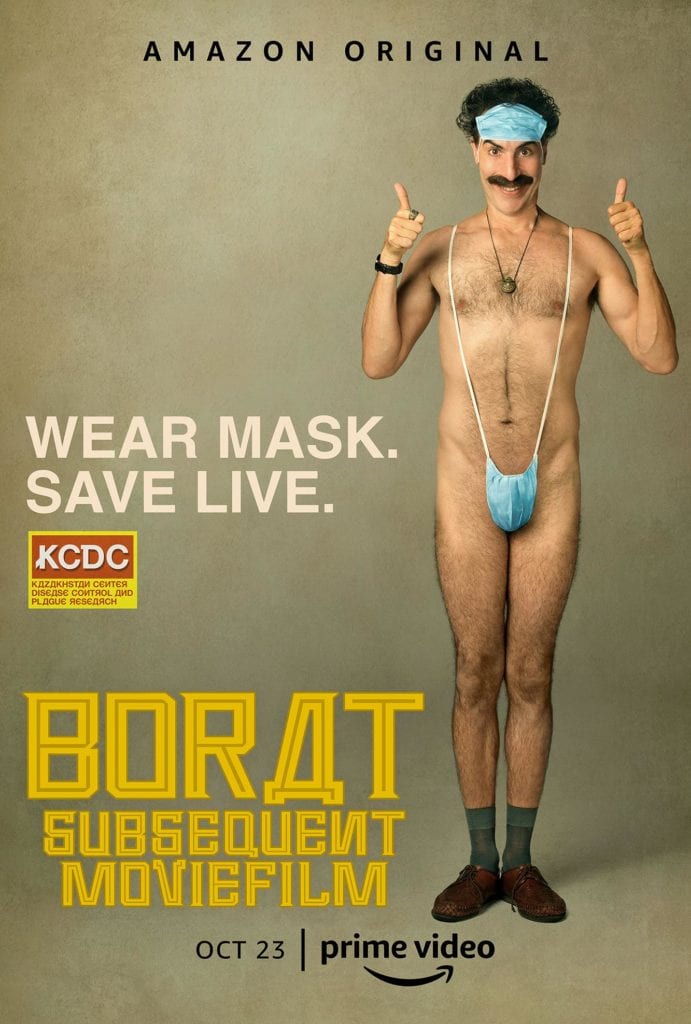 Of course, the movie that was officially entitled Borat: Cultural Learnings of America for Make Benefit Glorious Nation of Kazakhstan would not simply have a title of Borat 2.

The follow-up to the original Borat will be indeed called Borat: Subsequent Moviefilm and it’s set for an Oct. 23rd release on Amazon Prime, just over a week and half away from the election. The trailer just dropped this morning and it would seem that there might really be some political implications with this sequel given Borat’s crashing a Mike Pence event.

As whispered about in announcements of Borat: Subsequent Moviefilm, Sacha Baron Cohen dons his famous Borat character, and then goes into other characters in different costumes as Borat (in order to not be recognized). Even though it still kind of sounds like Borat, Cohen amazes with what he’s still able to get away with.

See for yourself in the very first trailer for Borat: Subsequent Moviefilm here.