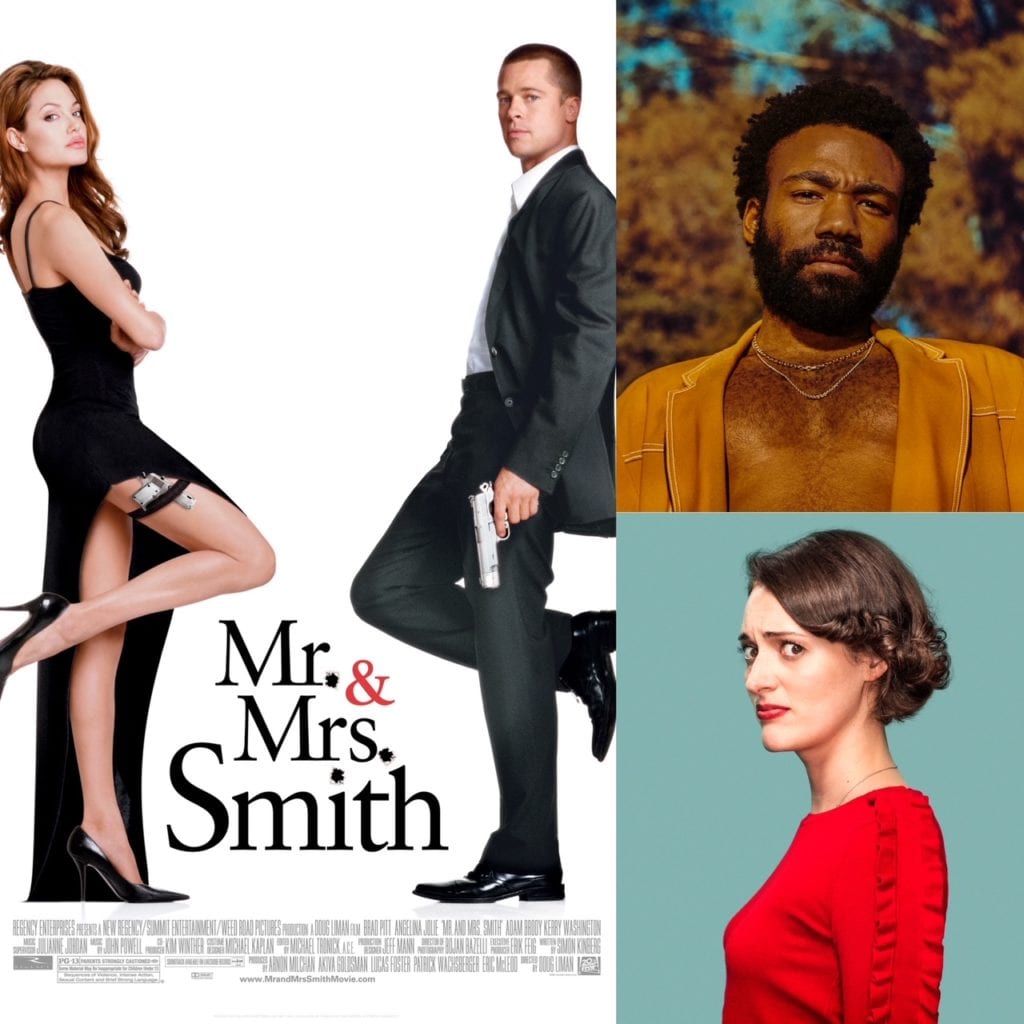 So, Amazon is taking a proven IP and gathering two of the most sought after voices in comedy right now and stirring it all on a pot together. Let’s hope that works.

Both Phoebe Waller-Bridge and Donald Glover created two of the most acclaimed comedies of the last few years in Fleabag and Atlanta, respectively. Both shows had them starring and leading the charge creatively resulting in a plethora of glowing reviews, award nominations, and even a good chunk of award wins.

Mr. & Mrs. Smith was a blockbuster spy/action adventure rom com that most folks know from 2005 starring Angelina Jolie and Brad Pitt with Doug Liman, one of the best action directors around, at the helm. As you may well know, it was a commercial success.

We’re curious to see how two of comedy’s current geniuses along with Atlanta writer/producer Francesca Sloane will reboot the series (we’d guess that it’s going to be quite different from the movie) at Amazon and make it more than just relying on something that has worked before a few times with beloved names attached.

As the wheels turn in our head, we’re imagining something between Run, Killing Eve, and the music video for This Is America. That works for us, but we’ll just have to wait, probably awhile because of COVID-19, and see what Waller-Bridge, Glover, and Sloane actually have their up sleeve.