What We Do In The Shadows Sensibly Ordered for a Season 4 (Also, the Season 3 Trailer) 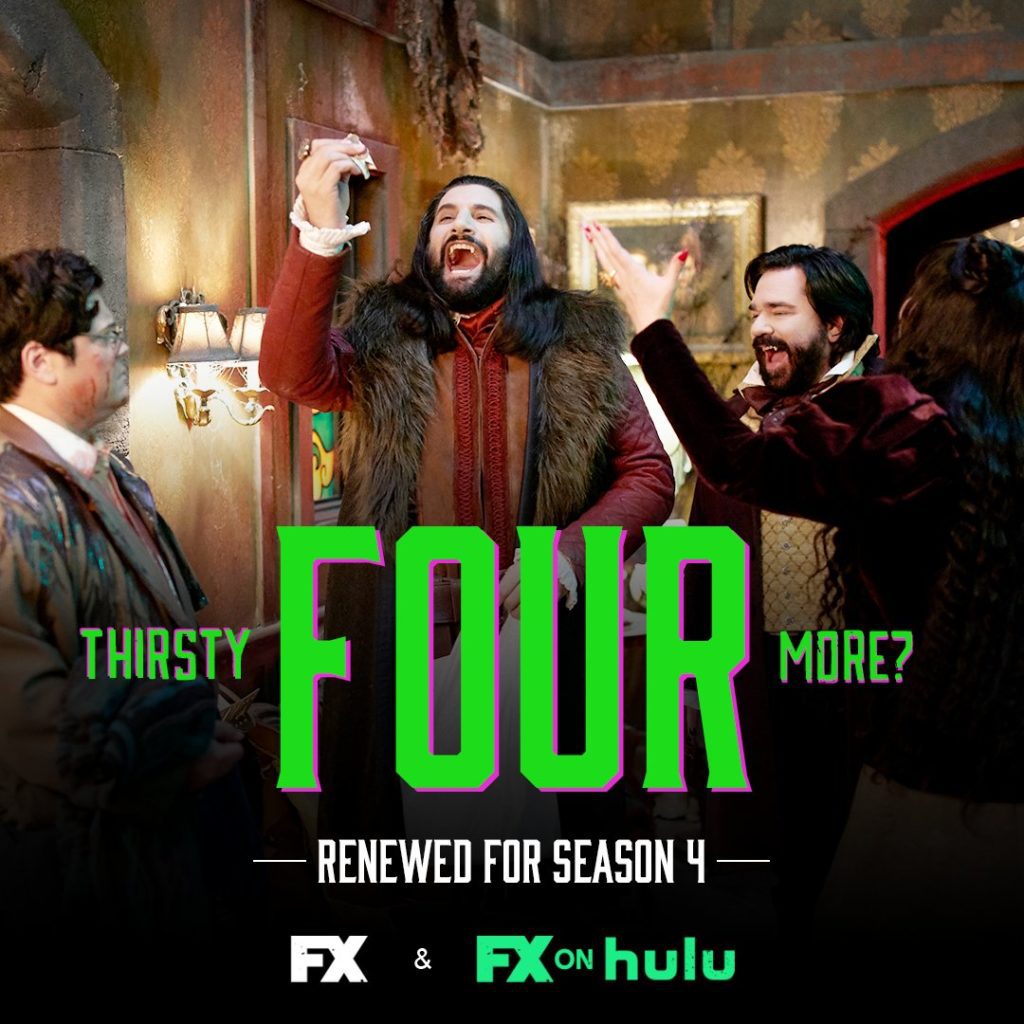 Thank goodness that FX has the good sense to renew one of the funniest shows on television (that, by the way, hasn’t even gotten close to getting the sort of awards recognition it deserves). What We Do In The Shadows is just about to premiere its 3rd season on Fri. Sept. 3rd on FX (then next day on Hulu) after the entire length of the pandemic thus far (the second season begun pretty much at the beginning of lockdown in the U.S.).

Season 3 is thankfully arriving just in time for people headed back inside as the Delta variant continues to virulently surge across the planet, infecting hordes of unvaccinated folks and looks like they’ll be wasting no time in raising the stakes with Guillermo’s secret identity, a power struggle in the Vampiric Council, and even more mysterious powers possessed by Colin Robinson. Get a juicy, juicy taste of it here.

Hopefully, season 4 will get underway sooner rather than later and, when the time comes for that season premiere, COVID-19 will be behind us.