Pick of the Day: Todd Barry 34th Anniversary in Comedy Benefit (in NYC) 11/1 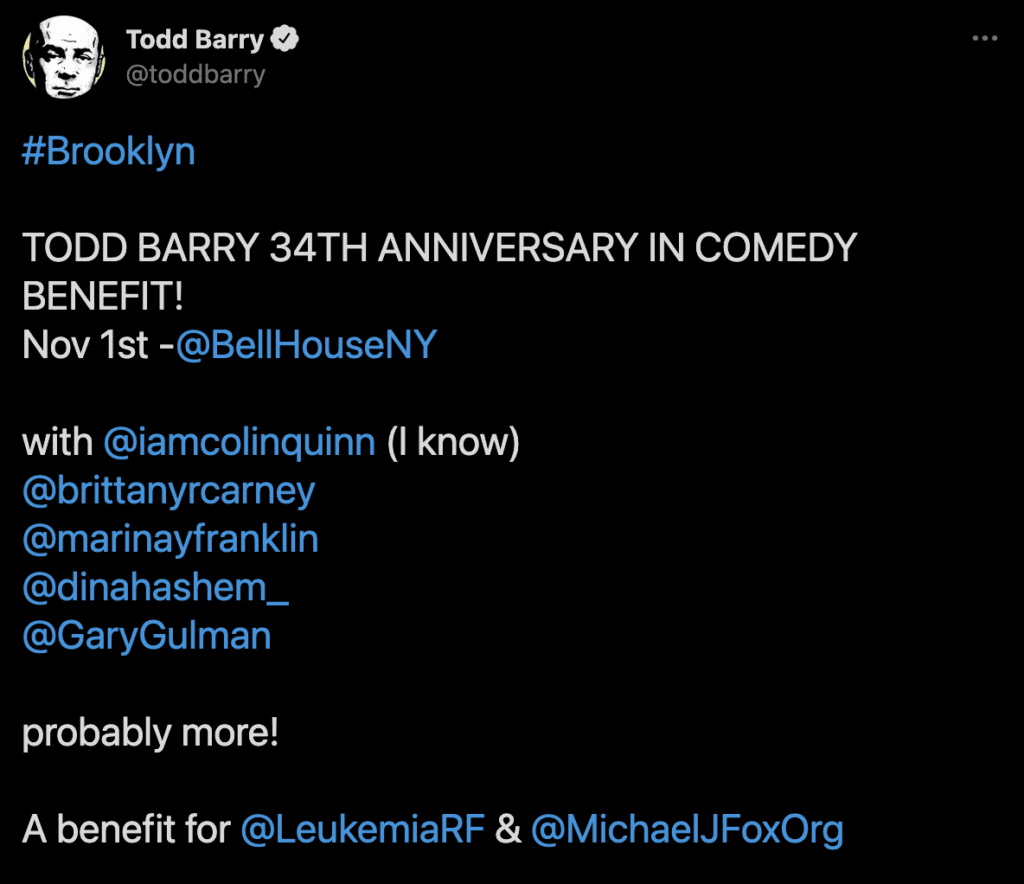 Seeing Todd Barry live is always a good thing. Seeing Todd celebrate his 34th year in comedy would be even better than a good thing. Having the likes of Colin Quinn, Brittany Carney, Marina Franklin, Dina Hashem, and Gary Gulman join him on a fantastic line-up that offers much of the best of NYC comedy is even more grand.

You can get all of those good and better and grander things and more* with Todd’s 34th Anniversary in Comedy Benefit that will mark almost three and a half decades of finely crafted humor from the one and only Todd Barry.

*more being supporting Leukemia Research Foundation and Michael J. Fox Foundation for Parkinson’s Research with your purchase of a ticket.

Todd Barry 34th Anniversary in Comedy Benefit is set for Mon. Nov. 1st at 8PM ET at The Bell House in Brooklyn. Tickets are going for $30 and you really ought to get them here.