Yes, We Have a Podcast (This Better Be Funny), But It’s Not About Comedy News 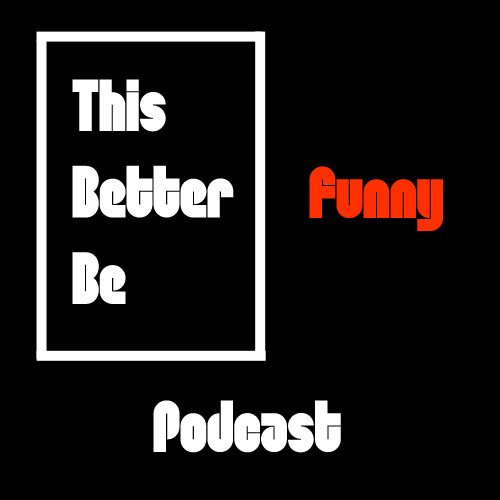 We write so much about comedy here at The Comedy Bureau that we didn’t want to talk about it for hours and hours on a podcast and then ask people to listen to it. Rather than that, we’d rather riff with comedians in public places for an hour, often around live shows, as that’s where some of the best comedy that not many people get to witness comes from.   Hosted by our Bureau Director (and more) Jake Kroeger and good friend of The Comedy Bureau and friendly antithesis of Jake, Jeremy Paul, the This Better Be Funny podcast is coming up on almost a year of loitering while recording anywhere from a Denny’s to a parking lot to an alley to the front of many closed businesses.

Also, there’s plenty of homeless people, comedians that weren’t supposed to be in on the podcast though we were glad that they were, comedians that just weren’t supposed to be in on the podcast, and drunk girls pissing on the car we were recording in. The episode coming up this Monday is with Sean O’Connor just outside of The Palace Restaurant right after a show and both Howard Kremer and Zach Sherwin as well Ms. Podcast herself Katie Levine (Podcast Network Producer at Nerdist Industries), which made for one hell of a great hour of standing on the sidewalk past closing time.

Until then, here are some of the best episodes of This Better Be Funny that will hopefully get you into this show…

Ep. 37 with The Walsh Brothers-apparently, most things in Boston gets stolen

Ep. 38 with Jackie Kashian-interrupted by fan of Jackie’s in front of a church while shouting obscenities

Ep. 24 with Jerrod Carmichael-Jerrod has to sing Mystery of Iniquity in its entirety if he hears it

Ep. 19 with Sean Patton and Dave Stone-knife fights, van living, and the importance of names all discussed in an alley; typical episode.

Ep. 11 with Candice Thompson-stripper DNA is discussed in an intellectual manner

Ep. 13 with Jake Weisman-As Weisman is defending women as the better gender, two drunk girls piss on his car in which we were recording in.