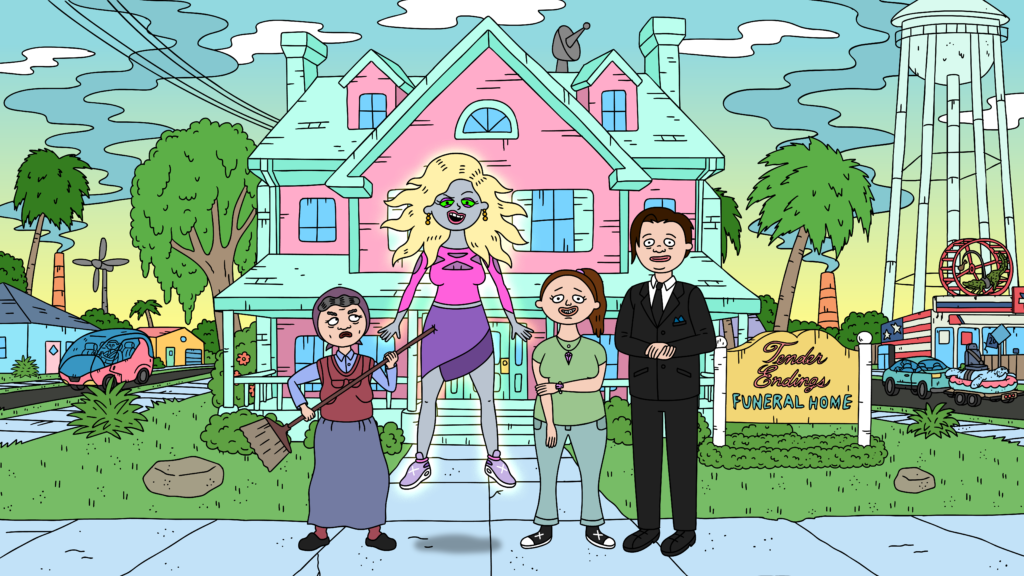 With Adult Swim’s reputation of unabashedly trippy, absurd, dark, edgy shows, especially when it comes to comedy (i.e. Mr. Pickles, The Heart, She Holler), it’s honestly surprising that they haven’t had a series set in a funeral home.

That’s all changing with Alissa Nutting and Alyson Levy’s Teenage Euthanasia, which is an animated family sitcom centered on a mother that had ran away from the family business, the Tender Endings Funeral Home, but has finally come home (though as a recently reanimated corpse). Somehow, that seems ridiculously morbid enough for the times that we’re living in. You might have your curiosity peaked even further by the cast including the voices of Maria Bamford, Jo Firestone, Tim Robinson, and Bebe Neuwirth.

Already, we’re conjuring an image of Six Feet Under run through the Adult Swim grinder and set in Florida for this series, which sounds pretty swell to us. We’ll have to wait and truly see when it premieres in 2021. Hopefully, by the premiere date, we can only hope that the show will be darker than real life.