Taika Waititi’s on Board for Another Space Epic, The Incal, Even More Out There Than Thor 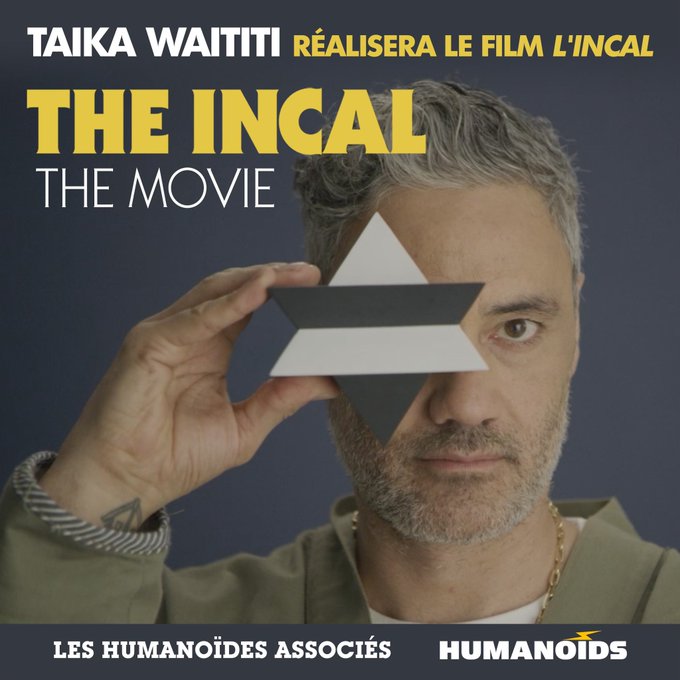 When all is said and done, Taika Waititi’s imagination might be one of the most captivating and entertaining of this century (and most certainly of the last two decades). Whether it be wayward vampires, MCU heroes, or WWII Germany, Taika has ceaselessly dazzled with his films, which brilliantly paint with all of the emotions, but also happen to be very funny.

I'm honoured to announce I’ll be bringing the maestro, the hero, the true creator, Alejandro Jodorowsky’s masterpiece THE INCAL to the big screen. Also stoked to be teaming up again with @jemaineclement and @peterbwarren on this. @alejodorowsky #Moebius https://t.co/a6rvCqV5jq pic.twitter.com/I8cbafw5hO

That’s why it’s exciting that Taika is going back into outer space, sans the MCU, with his next film and will be teaming up with long time collaborator/accomplice Jemaine Clement as well as Peter Warren and is going to be an adaptation of another monumental imagination of our times, the one from Alejandro Jodorwosky.

Jodorowsky’s attempt to adapt Dune decades before David Lynch and Denis Villeneuve unfortunately didn’t amount to any sort of finished film (or footage at all, for that matter). That said, Alejandro took the spirit of what his adaptation was going to be into a graphic novel, L’Incal. Similar to its inspiration Dune, it had quite the success as a comic book and is often hailed among the best of the art form. L’Incal doesn’t follow a magical prince, but rather a bumbling detective in the middle of an existential crisis who just happen to stumble on one of the most powerful artifacts in the whole of the universe.

As irony would have it, all these years later, a massive, studio backed adaptation of Dune has hit theaters, despite the ongoing presence of the pandemic, and L’Incal is not only be made into a full fledged movie, The Incal, but being done with the sheen and marvel of Taika Waititi attached. There is so much potential here for something truly great, perhaps more indelible than the film adaptation of Hitchhiker’s Guide to the Galaxy.

Keep tabs on Taika’s The Incal at theincalmovie.com and see the announcement between Taika and Jodorowsky here.