A big part of the Del Close Marathon, set for this weekend, is the shows that happen in the late, late night, the early, early morning, and the normal morning. Dubbed the “Other Shows”, it features some more of the experimental forms in long form improv or just comedic experiments in general.

Some that you should watch out for in DCM 21 include:

The full “Other Shows” schedule are below. To get the full DCM 21 schedule, go here, and to get tickets/passes here. By the way, passes for “Other Shows” are only $12 for one day and $20 for the weekend.

Del Close Marathon, the long running 55 hour long form improv marathon has its schedule up and running, though, as you can see, this seems to be just the sort-of primetime slots (DCM goes non-stop the entire weekend in case you didn’t know).

There are plenty of the mainstay and big time shows (ASSSSCAT, Hebecky Drysbell, UCBTNY All Stars) from here in LA and some from NYC (as well other teams from elsewhere in the country) and then something called “Other Show”, which, we’re assuming will be a whirlwind of dozens upon dozens of teams performing in the wee hours of the morning and the actual morning.

We currently don’t have the details and line-ups for those time slots, but we’ll let you know as soon as we do. You can count on those 1AM-1PM slots being a fast, furious blur of improv from teams big, small, weird, weirder, and otherwise.

The renowned all-day, all-night, and all-weekend long improv festival known as Del Close Marathon or DCM is landing in Los Angeles after its long, celebrated run in NYC.

From Friday, June 28th to Sunday, June 30th, the best improv teams around will gather to play through all hours of this weekend. The schedule and line-up are TBD, but all shows will happen at UCB’s 3 venues (UCB Franklin, UCB Sunset, and UCB Inner Sanctum).

Get more details and watch for announcement here.

For a very long time, playing NYC’s Carnegie Hall as a comedian was an unquestioned achievement in comedy of the highest order. As is, playing Carnegie Hall is an incredibly rare feat no matter what your artistic discipline might be.

Still, mostly comedians that play Carnegie Hall are stand-up comedians. We looked through the list of past performers, we found that the only other instance of improv was Drew Carey doing night with some Whose Line Is It Anyway? folks like Jeff B. Davis and Greg Proops for the New York Comedy Festival. The Firesign Theatre, which only had an improvised feel, also performed there several decades ago.

So, Amy Poehler, Matt Walsh, Ian Roberts, and Matt Besser, often referred to as The UCB 4, will be kicking off 2018′s Del Close Marathon performing together once again and simultaneously being one of the only groups to do their version of long form improv on such a hallowed stage.

With that in mind, you better keep a close eye on tickets going on sale if you want to go.

The winners will get to perform at next year’s DCM.

Across the entire country, one of the founding members of The Upright Citizens Brigade Theater and creator of the improv4humans podcast, Matt Besser, is looking for the best improv team around.

If you’ve got a team that can execute in the improv4humans form, then you might have a shot to be flown out to NYC for the world’s most highly regarded improv comedy festival, Del Close Marathon.

Get all the details, deadlines and more for contest4improv4humans here.

All of this was announced while The Del Close Marathon, one of the biggest annual events that UCB is involved in, was happening.

This week, The Upright Citizens Brigade has already signed a deal with Universal Cable Partners. Now, on top of that, Seeso has just announced that they have ordered another season of The UCB Show featuring the best and brightest to come straight from UCB’s four theaters.

On top of all of that, there is a documentary, “Thank You Del”, covering the history of the improv institution known as The Del Close Marathon that’s now streaming on Seeso.

So, it’s been quite a week for UCB.

If you ever get to be a part of the renowned Del Close Marathon, we suggest that you take it.

The Del Close Marathon is a literally non-stop weekend in NYC celebrating the legacy in improvisational comedy of Del Close. Shows will start June 24th and go all the way through June 26th (that includes shows in the afternoons, mornings, and past midnight).

So, if you’re interested in submitting a show for DCM 18, do so here.

The Schedule For DCM 17 Is Here

You’ve had a whole year since the last DCM to prepare for a continuous comedy marathon and now, DCM 17 is just around the corner.

Every year, The Del Close Marathon brings together one of the best, craziest gatherings of improv in the world for one weekend where they are shows going on at all 24 hours of each day stretching from Fri. Jun. 26th-Sun. Jun. 28th

Also, that’s only scratching the surface of how much is going on. Take a gander at the full schedule here.

Weekend passes will available at venues starting starting Friday at noon at UCB Chelsea and half an hour before shows start at each venue. However, you can buy tickets for some of the bigger shows here.

That time of year is upon on us once again where non-stop improv will last an entire weekend across several venues throughout NYC. That’s right the Del Close Marathon is set for Jun. 27th all the way through the 29th and will feature Ben Schwartz, Diamond Lion, Chris Gethard, The Improvised Shakespeare Company, Key & Peele Writers, BriTANick, Broad City, ASSSSCAT, and so much more.

You might want to get some rest in for this.

The Del Close Marathon Is Getting Closer, But There’s Still Time to Submit 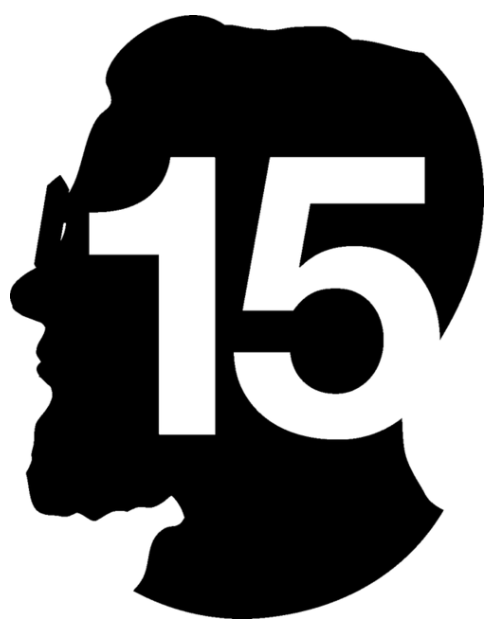 We know this is in NYC, but The Del Close Marathon is always worth noting. The legendary non-stop (shows happen all 24 hours in a day for a few days) improv extravaganza over a weekend, is coming closer, Fri. Jun. 28th-Sun. Jun. 30th, but there’s still time to submit, which you should do if you have an improv group in NYC or can get there at that time, until April 2nd.