all jane no dick

The Portland Mercury has discovered on the streets of Portland that flyers for the festival have been covered up or replaced entirely by an altered flyer that claims that the festival is being put together by “feminazis”. 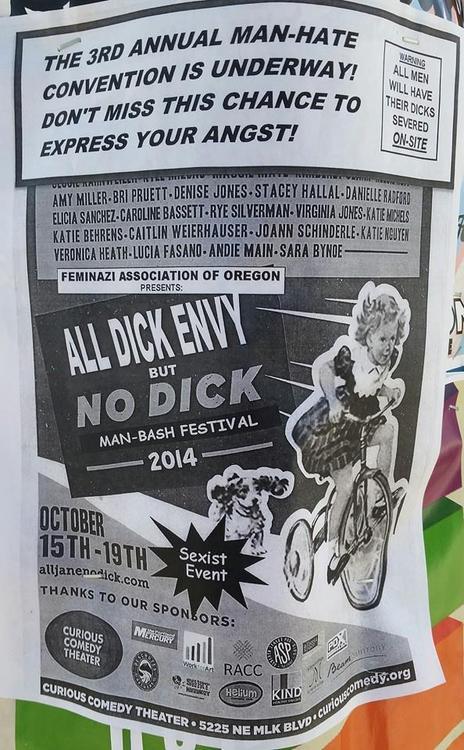 There is a Craigslist post that also calls for a protest throughout the festival’s duration.

We have no doubt the festival will be a good time, so get your tickets here, and that Men’s Rights Activists are really doing themselves no favors here.

The All Jane No Dick Comedy Festival in Portland, OR highlights many of the best voices in comedy that just happen to be female and with the likes of Bonnie McFarlane, Lauren Lapkus, Cameron Esposito, Aparna Nancherla, Janine Brito, Barbara Holm, Virginia Jones, and more, we think they’ll definitely pull it off.

It’s happening Oct. 17th-20th and not that bad of a trip from LA to Portland (which we’d hope hope you’d be used to from going to Bridgetown)