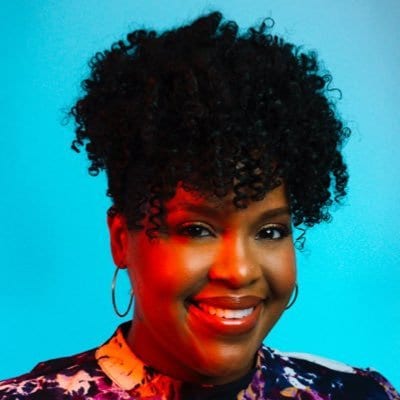 Natasha Rothwell has been quite the hysterical scene stealer for quite some time now, especially in her role as Kelli over several seasons of Insecure on HBO. With her position as a writer and producer as well on the series (in addition to having done her own Characters comedy special over at Netflix), Rothwell has definitely been ready for her own show.

Thankfully, she is getting that opportunity over at Comedy Central with an animated comedy pilot called Malltown. Rothwell is even getting Broad City creators and stars Ilana Glazer and Abbi Jacobson attached to executive produce. The show will follow Libby, voiced by Rothwell, and her experience in a mall that’s on it’s way down, effecting an allegory for America.

Of the sort of shows that can even go into production right now while the overwhelming majority of the continent is in lockdown, animated series are amongst the most feasible without having to get clever or relying on capturing Zoom meeting footage or something that’s self-shot. We won’t be surprised if a bunch of animated series get green lit in the coming months, but we’re glad to hear that a Natasha Rothwell vehicle might be one of the first ones to get a series order.

Sure, this happened months ago and aired over a week ago, but the highly respected Priori Dance Company that Broad City’s Abbi Jacobson and Ilana Glazer enlisted to do a high art tribute to Julia Louis Dreyfus’ famous Elaine dance on Seinfeld for JLD’s Mark Twain Prize ceremony is something that we wanted to make sure you absolutely knew about, just in case you didn’t.

It’s, at the same time, both a Broad City fix and a great reminder to go vote today from Abbi and Ilana.

Netflix has been pulling in the biggest names in comedy for well over a year now from networks, both broadcast and cable.

Looks like Comedy Central does not want to lose stars and creative forces Ilana Glazer and Abbi Jacobson in a similar fashion. Thusly (and smartly) have given Broad City a fifth season and the duo a first look deal with the goal of producing more of their projects.

You can look for the final season of Broad City to air in 2019, but bet on seeing Ilana and Abbi on Comedy Central well into the 2020s.

April 2, 2018
Uncategorized
a league of their own, abbi jacobson, reboot, will graham

As reboots and adaptations are still the orders of the days at studios and networks, a new version of the 90s sports comedy period piece classic A League of Their Own developed by half of Broad City and Mozart in the Jungle’s Will Graham sounds kind of exciting to us.

There’s no word on what the “modern take” exactly will be yet, but we are intensely curious how Abbi and Graham will make A League of Their Own that connects for 2018 beyond just tapping feminism’s current hot streak. 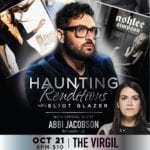 Eliot Glazer returns with more of his Haunting Renditions (i.e. beautiful arrangements of the most overplayed, overhyped pop songs of yesteryear) later this month at The Virgil.

He’ll be having a very special guest in Abbi Jacobson (you know, from that one Broad City show) too.

Get your tickets as soon as you can here.

It’s been awhile, but Abbi and Ilana are coming back into all of our lives at 10:30PM tonight on Comedy Central.

So, if you still have cable, you might want to have your TV tuned to Comedy Central all day long next Monday.

Yep, Broad City now has merch that is explicitly meant for adults to “fool” around with. Very few sitcoms that are on basic cable can say that.

Of course, it’s just another instance where Broad City sets themselves apart from the rest of television. Abbi Jacobson and Ilana Glazer’s empire built from their show sure is fun, sex positive one.

Abbi Jacobson To Host a New Podcast, “A Piece of Work”, That Has Jacobson Break Down Art with Guests

Abbi Jacobson To Host a New Podcast, “A Piece of Work”, That Has Jacobson Break Down Art with Guests

In addition to being the Abbi from Broad City that you know and love, Abbi Jacobson has made plenty of her own milestones in the art world with a degree in art school and getting her own illustrated books published.

Now, Abbi will act as a bridge from the art world to the general public with a new podcast series in collaboration from WNYC and MoMA. Called A Piece of Work, Abbi will focus on specific art movements and have on big time guests that come from both the art world and Tinseltown.

It’s only going for 10 episodes, but we would imagine it could much longer if Abbi’s up for it. Look for the episodes to start dropping on Monday, July 10th.

Dustin Guy Defa took a short film called “Person to Person” and got to expand it into a full fledged feature with an impressive cast of Abbi Jacobson, Michael Cera, Tavi Gevinson, and Philip Baker Hall as well as original cast member, Bene Coopersmith.

The trailer echoes a sort of ensemble comedy from yesteryear while bringing some of the self-awareness and cleverness of contemporary indie comedies.

As to whether that’ll carry through the whole movie, we’ll all get to see the feature length version of Person to Person hits theaters and VOD on July 28th.

Here’s yet another wondrous morsel of Hack Into Broad City that should keep your appetite of the new season of Broad City at bay (slightly).

According to a recent USA Today interview, Ilana Glazer says that every time they mention Trump’s name in season 4 of Broad City, it’ll be bleeped just like the myriad of graphic language that is flagged by Standards and Practices or like the recurring Unnecessary Censorship segment on Kimmel or even, in a way, be regarded like the name Voldemort.

It wouldn’t be hard to imagine that every mention of Trump’s name on Broad City is probably surrounded with actual expletives as well.

From the looks of it, the adventures of Abbi and Ilana will be bigger than ever in this new season, but the chemistry of their friendship, arguably the unshakeable core foundation of the entire series, remains intact. For Broad City, we have no doubt that fans will watch dozens more episodes that would undoubtedly continue to be delightful.

See for yourself in the season 4 trailer of Broad City here, then look for the season premiere on Wednesday, August 23rd on Comedy Central.

If You Need a Broad City Fix, Here’s a New “Hack Into Broad City” Where Abbi and Ilana Deal(?) with a Shirt Stain

Abbi, Ilana, and Broad City are returning in August.

We know that might seem like a while from now, but thankfully their morsel sized webisodes of Hack Into Broad City offer a bit of relief in the meantime.

Watch the latest one here.

And Now, For a Special Inauguration Day Episode of Hack Into Broad City

As this latest webisode of Hack Into Broad City shows, Abbi and Ilana have made it through the inauguration and we’re all still here.

There’s a pretty great, searing rant of the Trump inauguration there too.

Also, by the way, new Broad City will be coming this year.

Ilana, Abbi, and Broad City Are All Back in August 2017

Ilana Glazer, Abbi Jacobson, and the new season of Broad City are all set to return this Summer.

For proof, here are Ilana and Abbi reassuring you they’ll be here in Summer 2017.

October 28, 2016
Uncategorized
101 things to definitely not do if you want to get a chick, abbi jacobson, carry this book, hachette, illustrated book, random house, will forte

Brightly shining comedy stars WIll Forte and Abbi Jacobson have each just come out with their own illustrated books that speak their truth in their own specific, unique comedic voice.

For Will, he made very simple, but effective drawings of what not to do if you’re interested in picking up the chicks. He collected many of these drawings from earlier in his career and put them together in 101 Things To Definitely Not Do If You Want To Get a Chick”.

Jacobson highlighted her design acumen in Carry This Book by illustrating what she thinks various celebrities from Beyonce to Trump carry with them on a daily basis. Her brightly colored drawings have plenty of jokes packed in each page not unlike you’d see in the production design of animated series such as The Simpsons or BoJack Horseman.

Both would make for a great holiday gift or just a nice treat to yourself right now.

Half of Broad City plus the head of writer of Inside Amy Schumer taking on Samantha Irby’s life sounds like the right ingredients for another FX series you should keep an eye on.

Irby and Jessi Klein, who is the Inside Amy Schumer head writer, are writing and executive producing this project together with Abbi Jacobson also set to executive produce.

So, if this go to series, a good portion of the comedy landscape on television will be nicely occupied by Broad City, Better Things, Insecure, and Meaty. 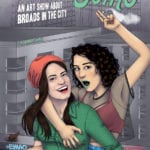 Abbi Jacobson to Release an Illustrated Book for Adults

If kids are really tapped into the cultural zeitgeist, it could be for them too.

“What’s inside Martha Stewart’s hand-knit fanny pack?” will be the sort of thing the book will be focused on.

It’s sure to make a great gift heading into this year’s holiday season as the release date is set for Oct. 11th.

Abbi and Ilana finally come back into our lives tonight on 10PM on Comedy Central.

Here’s the opening scene if you need something to tide you over for the next few hours.