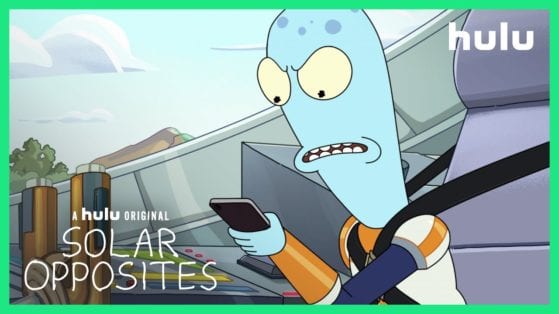 In alternate animated reality, there is a seemingly less insane world where a dysfunctional alien family tries to cope with being stuck on earth and incidentally wreaks havoc in the process.

The animated universe of Solar Opposites definitely has a bonkers side to it though and we’ll all be treated to another whole season of it within the scope of Biden’s first 100 days (i.e. things in our reality could still potentially be crazier than an animated one with emotionally unhinged aliens).

The second season of Solar Opposites premieres on Fri. Mar. 26th on Hulu and you can get a taste of the chaos to come with their very first season 2 teaser (that’s a red band one to boot) here.