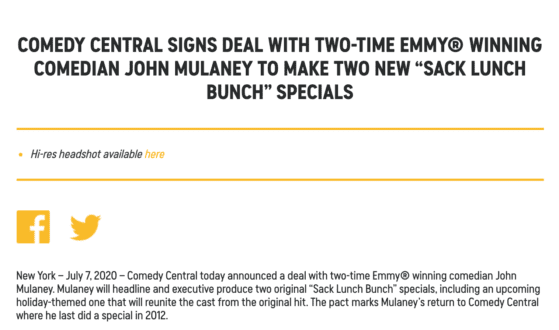 Leave it to the one and only John Mulaney to take his musical aspirations from SNL (Diner Lobster, Bodega the Musical) and go to a whole other level with something that’s parading as children’s musical comedy special, but has enough winks, nods, jabs, asides, etc. for adults to laugh to themselves and kids to ponder until they look up all the references on their phones.

Watch the first full trailer for John Mulaney & The Sack Lunch Bunch here, then look for it to drop on Christmas Eve on Netflix.