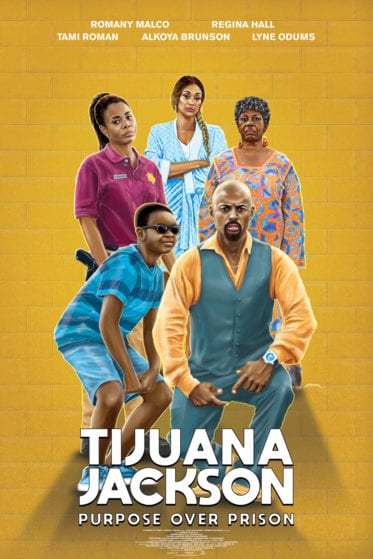 Romany Malco, who you probably very much enjoyed in many supporting or ensemble roles for several years (Weeds, A Million Little Things), is taking getting top billing into his own hands by putting out his very first feature film that he has written, directed, and starred in, Tijuana Jackson: Purpose Over Prison.

Malco stars as the titular Jackson who is an ex-convict trying to become a self-help guru after his release as told through a documentary crew following his journey. From the trailer, there’s a certain, ironic charm to his aspirations to become a motivational speaker reminiscent of Greg Kinnear’s desperate motivational speaker in Little Miss Sunshine. Also, it looks like Regina Hall might steal several scenes throughout this film.

See for yourself in the trailer here, then look for it start streaming on VOD and play at select drive-ins across the U.S. here.

One of this upcoming TV season’s most intriguing new shows is Showtime’s Blunt Talk. Not only does it have Seth MacFarlane and Jonathan Ames coming together to make a show about a Brit trying to take on American cable news, but Patrick Stewart is starring.

There are so many different elements at work here, with the fantastic people in front of and behind the camera, but this could very well be a “Veep” of cable news.