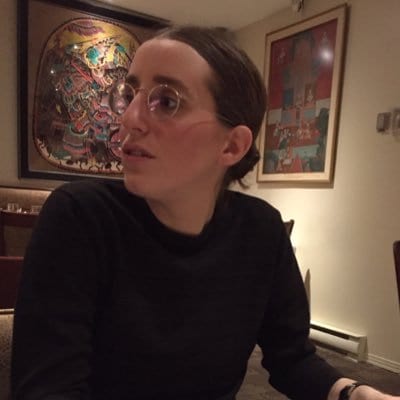 Robby Hoffman has been a favorite of ours for awhile now with her alpha-queer energy that’s undeniably hysterical to us. Even when she is taking over The Chris Gethard Show or pivoting towards a call-in show Robby Hoffman Consulting  Group on Planet Scum, Robby has been equal parts domineering and sweet and so damn funny.

So, naturally, it’s thrilling to know that Showtime and A24 have made another smart move (their last one being ZIWE) by developing a scripted series based around Robby’s real life going between her current life as a genderqueer LA woman and her childhood as a closeted girl in a very Hasidic community in Brooklyn.

Whatever the show ends up being, we hope that it gets picked up to series so we can see what Hoffman taking a leading role (like she deserves) looks like.

Also, note that Showtime is making some strong moves with their comedy brand as they have Desus & Mero, ZIWE, and potentially Rivkah.