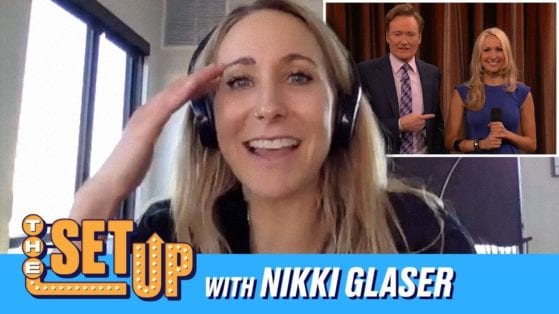 The Set Up has been one of the more illuminating web series when it comes to looking into the nitty gritty of the craft of stand-up comedy. Conan booker/producer JP Buck revisits his favorite stand-up sets on Conan with the very comedians that performed them. Breaking down every iota of the set and seeing the amount of detail, attention, care, and work that goes into a late night set is fascinating, especially if you’re a big comedy nerd or a comedian yourself.

Nikki Glaser’s attention to her particular crafting of jokes is painstaking, which she is through and through one of the best artisans of a joke that comedy has right now. That all clearly comes across in her episode of The Set Up where she revisits her very first set on Conan, which you can and should enjoy right here right now. 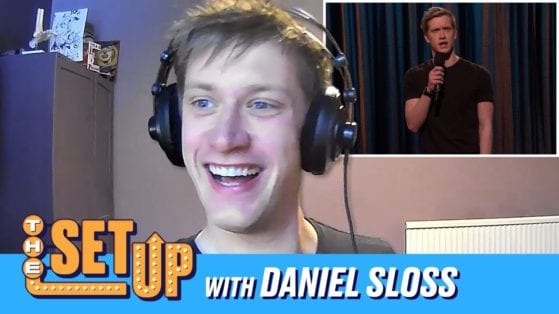 Stand-up comedy, as you might now from following/reading us, is quite the particular art form. Within that form, a comedian’s set on a late night talk show is an even more particular part of the art form that is so painstakingly crafted as it’s often a comedian’s intro to the world and it has to accomplish showing who one is as a comedian in a very small amount of time.

Yet, many a great comedian pulls such a feat off.

To further show how detailed the process is with a late night set, Conan has started a series The Set Up where longtime, beloved booker JP Buck chats with some of his favorite comedians and his favorite performances of his on Conan. There are already two episodes featuring the brilliance of Daniel Sloss and Beth Stelling that you ought to give a watch to here and here respectively.