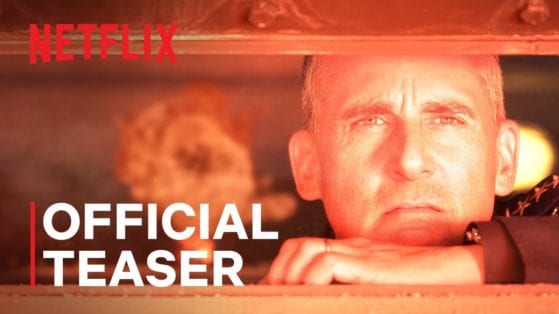 Well, Trailer for Louis C.K.’s “I Love You, Daddy” Couldn’t Be More Timely

If you follow the entertainment industry trades, you’ve seen almost the entirety of coverage over the last several days has been dedicated to systemic sexual assault and harassment within Hollywood going back for decades.

Now, C.K.’s latest film (co-written with frequent collaborator Vernon Chatman), I Love You, Daddy, made pretty much in secret (as he has done with most of his works over the last couple of years), seems to tackle this very topic head on in a way that attempts to shine a light on the sort of insidious behavior that has been practiced by certain powerful figures in entertainment.

The description for the movie reads:

Louis C.K.’s I LOVE YOU, DADDY is a bittersweet comedy about successful TV writer/producer Glen Topher (C.K.), who panics when his spoiled 17-year-old daughter China (Chloë Grace Moretz) starts spending time with 68-year-old Leslie Goodwin (John Malkovich), a legendary film director with a reputation for dating underage girls.
Conceived in the high style of 1940s Hollywood movies, with lustrous black and white 35mm photography and a soaring orchestral score, I LOVE YOU, DADDY blends a classic look with Louis C.K.’s raucous modern comic sensibility to tell the story of a flawed man’s struggle to connect with his daughter and get back on his feet as an artist.

You’ve probably been aware of Tig Notaro’s recently saying that C.K. should address his own “sexual misconduct” rumors. Unfortunately, the notion of them being out there and remaining as rumors will undoubtedly cast a pall over this movie in addition to the myriad of reactions the film will inevitably bring about by dealing with the most glaring subject in all of Hollywood at the current moment.

Also, keep in mind, this is supposed to be on comedy on top of all of that. We’ll just have to wait to see the film and see what, if anything, C.K. says in upcoming interviews and public appearances.

I Love You, Daddy is set for a limited release on Friday, November 17th and will, very likely, spark more intense discussion than Aronofsky’s mother!

A good amount of Super Bowl commercials have already been released online before the actual Super Bowl broadcast.

Amongst those, there are plenty of subtle and (not so subtle) socio-political messages, broadly comedic, technologically impressive, and heartwarming ads.

For our money, the funniest one in that bunch before the telecast is this pair of John Malkovich-Squarespace ads that takes advantage of having the one and only John Malkovich in an ad.

Watch the rest of those Super Bowl commercials here.