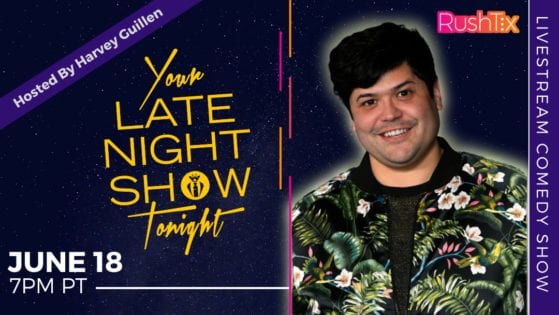 Pick of the Day: Your Late Night Show Tonight with Harvey Guillen 6/18

OK, so here’s the situation. Season 3 of What We Do in the Shadows is in production, but the premiere date for said season 3 is still a ways away. As such, you won’t get to see Harvey Guillen reprise his beloved role as a quietly seething, conflicted familiar for the vampires of Staten Island, Guillermo.

However, you can catch Harvey be himself as a talk show host on the ever-changing, ever-evolving late night show, Your Late Night Show Tonight, that changes formats with every new host that they get each month. Guillen along with a choice writing staff and a crack production team that has done any sort of late night show  imaginable for years (including one that involved the apocalypse happening in “hosting the show” “from a bunker”).

Your Late Night Show Tonight with Harvey Guillen will go live, via RushTix, on Fri. Jun. 18th at 7PM PT/10PM ET. Tickets are only $15 and you can (and should) go get them here. 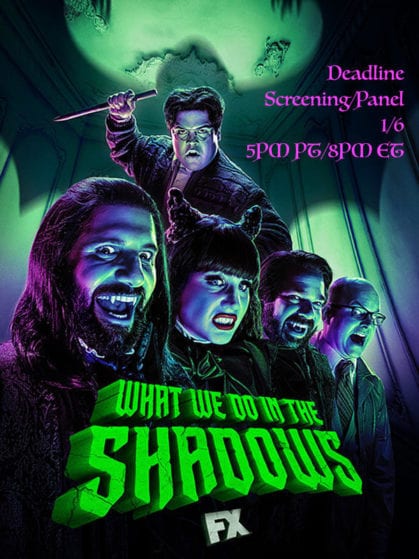 Pick of the Day: What We Do In The Shadows Screening and Panel 1/6

What We Do In The Shadows was one of the best things that got us through quarantine last year and it will very likely to continue to serve that purpose whether it be rewatching eps. of the past two seasons or getting a whole new season (can anyone really confidently say what’s truly going to happen this year?)

In any case, Deadline is hosting an exclusive virtual screening of one of the all time best pieces of horror comedy that will be accompanied by a panel discussion with the cast and showrunners. That includes Kayvan Novak, Matt Berry, Natasia Demetriou, Harvey Guillén, Mark Proksch, Paul Simms, and Stefani Robinson. If you’re looking for any word on season 3 of What We Do In The Shadows, this is very likely where’d you get it.

Best of all, it’s free to join in so long as you RSVP. Do so here.