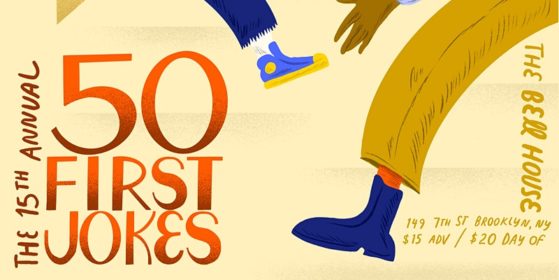 Well, we had already highlighted NYC’s 50 First Jokes for 2022 as a #pickoftheday already, but that was when it was set for this month right as the year had started. Well, The Bell House had scheduled it before it knew how Omicron would overtake the world and spark a whole new series of outbreaks that would force the good majority of live comedy to go dark for most of December 2021 and January 2022.

Unlike some other shows that were slated for Jan. 2022 and opted to cancel altogether, 50 First Jokes is still happening, but will be doing so for the first time in its storied history in February, specifically on Fri. Feb. 18th at 8PM ET at The Bell House. That will very likely mean that everyone’s “first” joke(s) of 2022 will be much sharper than if they had only gotten a week to work on it (even though it’s a perennial good time).

Tickets are still available at $15 and hopefully, Omicron will have subsided enough so that we won’t have to write about this being rescheduled again. Oh yeah, it should go without saying at this point in the pandemic that proof of vaccination is required for entry. 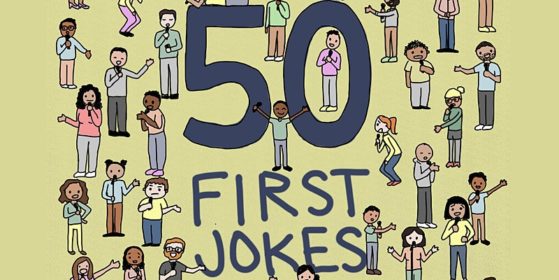 A gathering of 50 comedians, much less 50 audience members indoors wasn’t really happening at the start of 2021. So, it’s been awhile since we’ve had the legitimate in-person annual comedy kick-off to a new year with 50 First Jokes.

Perhaps, pending some variants, an actual in-vaccinated-person edition of 50 First Jokes will happen for 2022 in NYC. The Bell House in Brooklyn will host the bright and shiny new jokes from the best of the NYC comedy scene, which ought to have a different, more electric urgency to them considering where we are now and where will be three weeks from now.

Of course, as you can tell by the count of those names, there will be way more comedians shuffling onto the Bell House stage to get out their freshest bits (as we round the corner on nearly two years of this waking nightmare).