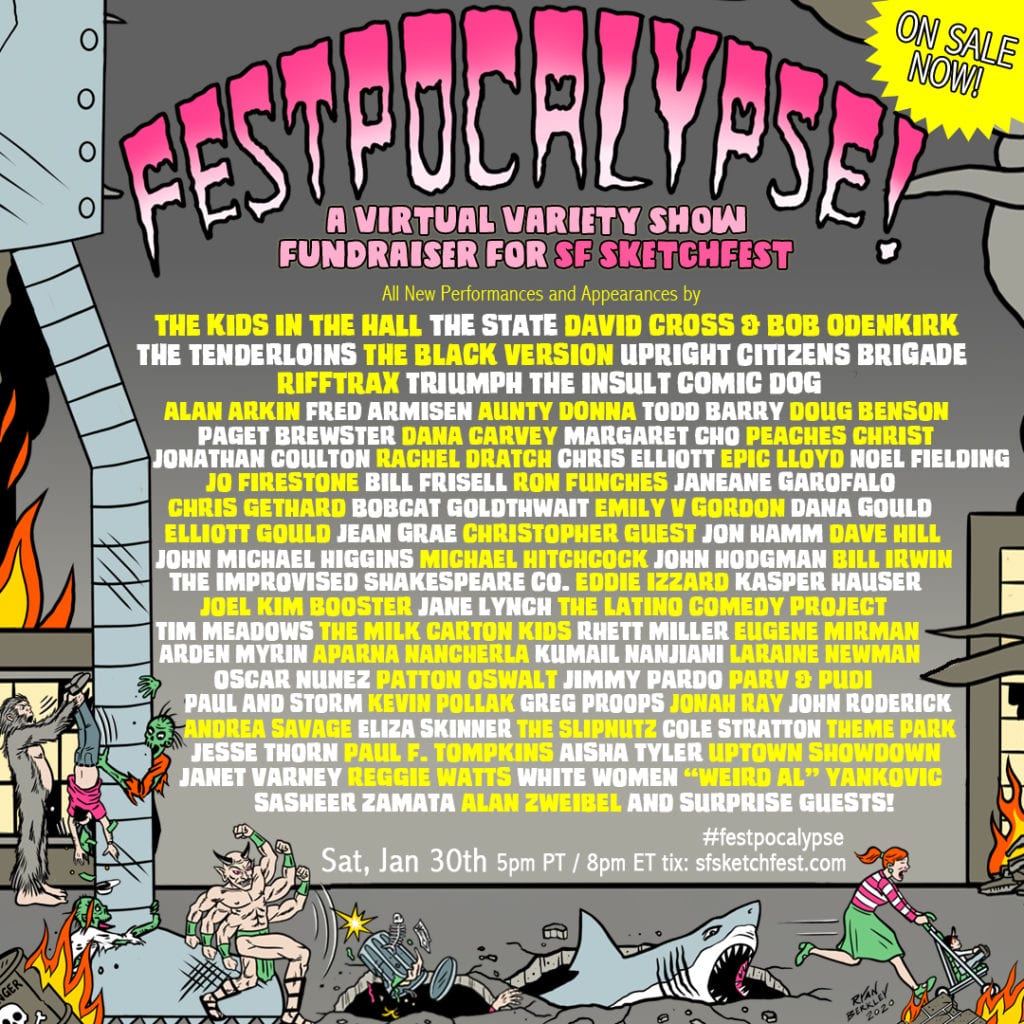 It’s the first day of 2021 even though it feels like 2020 is still going on and doing it’s terrible, terrible thing, you can, if you’re up for it, try to start the year anew.

In that regard, we’d like to remind you of the first real big comedy event of the year (it’s still virtual, FYI): SF Sketchfest’s Festpocalypse. Coming in at the end of January right around when SF Sketchfest, one of the world’s biggest comedy festivals would normally happen, Festpocalypse will be a virtual event at a proportion that SF Sketchfest hasn’t ever done. Just take a gander at that line-up on the flyer. Even though it’s taking place over one day only, it really is a bill that they’d have at their normally scheduled, three week comedy festival extravaganza that takes over San Francisco.

Also, you should note that Festpocalypse is a fundraiser for SF Sketchfest to keep going in the future when doing a big time festival will be allowed.

Festpocalypse is set for Jan. 30th and will begin streaming at 5PM PT/8PM ET. Tickets start at only $20, but go up if you want to snag some merch. Go get them here.