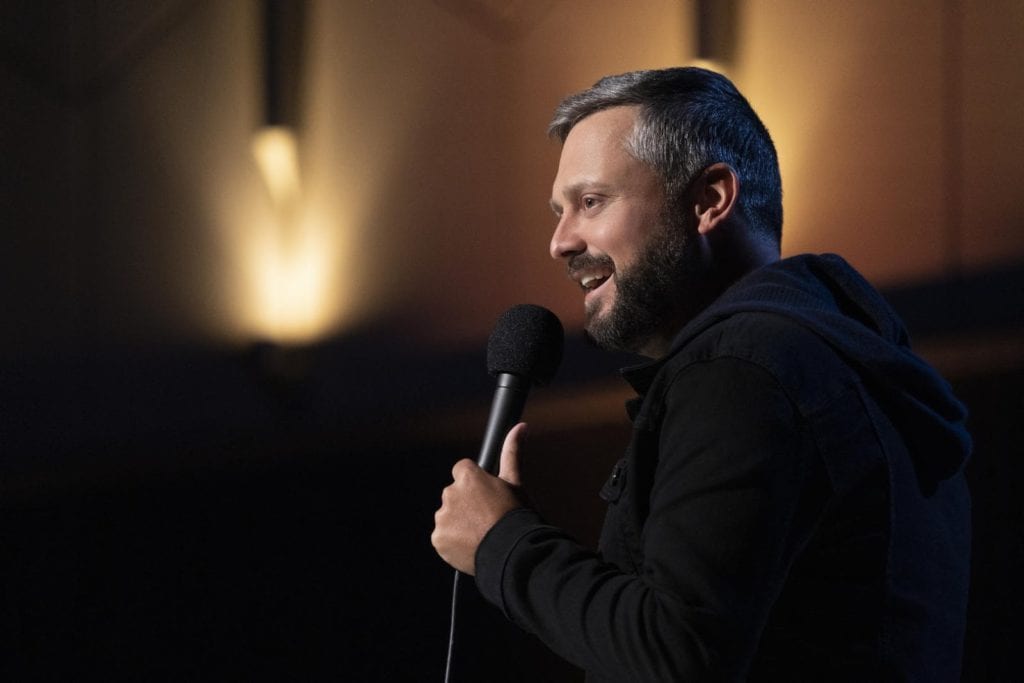 The flow of comedy specials that would come out isn’t where it used to be, especially at Netflix. Yet, just because they’re not kicking out two or even three specials a week doesn’t mean they’re out of the goods.

Nate Bargatze’s latest hour The Greatest Average American is set to come out before too long. Well, specifically, it’s about a month away with a premiere date of Thurs. Mar. 18th. The soothing, slow burn delivery of Bargatze coupled with his fascinating, out-of-left-field observations have always busted us up and it’s been really a treat to see Nate become one of the go-to comics at The Tonight Show and having his first hour on Netflix really raise Nate’s profile more so than it already have been.

Again, look for The Greatest Average American on Mar. 18th on Netflix at netflix.com/NateBargatzeTheGreatestAverageAmerican