1) Raise your fist and give a hell yeah for the trailer for Season 3 of Eastbound and Down.

2) Last night on late night, Chris Gethard read his best fanmail ever on Conan and Marc Maron discussed fans of WTF that are more concerned about his personal well-being than his comedy on Kimmel. Tonight on late night, the venerable Bill Murray will be on The Late Show with David Letterman (CBS 11:35PM) and Jack McBrayer on Late Night with Jimmy Fallon (NBC 12:35AM)

3) Also tonight, the world premiere of Comedy Central’s new sketch show, Key & Peele, is tonight at 10:30PM. If you’re still on the fence, read this endorsement from Rob Delaney and also get free gas at Fairfax and Beverly thanks to the show.

4) John Mulaney’s New In Town is now available! Also, on DVD so you can see the wonderful opening that starts like this… 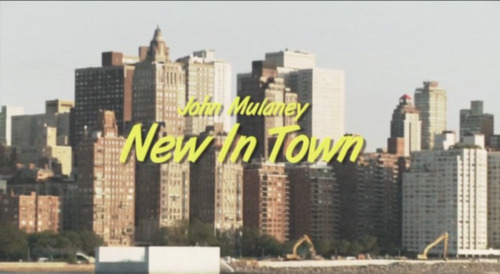 5) So, it will now be the commercials, Billy Eichner on the field, then the halftime show, and then the actual game in terms of what are the most to least interesting things at the Superbowl.

6) You do know that Brian Regan just grossed over a million by just doing ten shows, right?

8) Many of you know that Matt Knudsen is a very talented comedian, but did you know that he can play several instruments, thanks to video effects, at the same time? That means you now know and should watch him do so.

9) We reviewed Sean Green’s “Whiskey Dick” in 5 sentences because who has time for six? Also, you should listen to the album, it’s really funny.

10) The This Better Be Funny Podcast is back with even fewer explanations than ever! We walk down Sunset Blvd. from an open mic to the Comedy Store in the most accurate depiction of two frustrated comedians walking around Hollywood with no show to do that night.