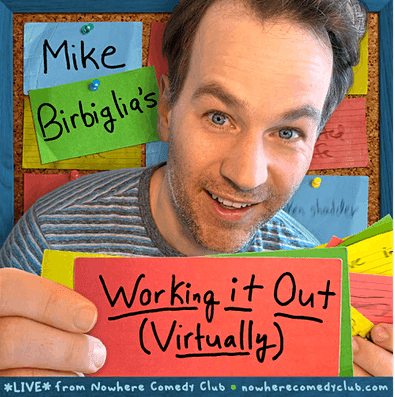 Mike Birbiglia has stood out during this trailblazing era of live-stream/virtual comedy. Not only has he come up with a very successful way to present his comedic stylings and develop new material at the same time, but he has raised so much money for comedy venues across the country via TipYourWaitstaff.

Thus, Birbiglia’s headlining virtual performances sell out pretty quick and has thusly had to up his bookings. A few nights of his latest run of Working It Out are already sold out, but there are tickets available for 12/28 (which will be a benefit for Dynasty Typewriter to boot) and the afternoon of NYE at 1:30PM PT/3:30PM ET & 3:30PM PT/6:30PM ET (it’ll be New Year’s in the UK for the late show, FYI).

Tickets are still going for $25 and you can and best go get them at NowhereComedyClub.com.