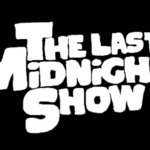 Over the course of a decade, The Midnight Show has built themselves into a venerable institution in and throughout LA comedy. The dark, devil-may-care, fast paced style of their sketches made us into ardent fans after the first time we saw them.

That status is thanks to the brilliance of the cast/writers, directors, and producers who include/have included some of the funniest people around, period. You’ve probably seen and enjoyed the work of TMS’ Heather Anne Campbell, Hal Rudnick, James Adomian, Stephanie Allynne and Eric Moneypenny more than a few times around as well as the work of Peter Atencio (who used to direct all the videos, then became house director for Key & Peele).

With all of that being said, The Midnight Show will be having its final performance on Saturday, August 4th at, of course, midnight at UCB Franklin. It’s not to be missed. Currently, advanced tickets are sold out (it sold out in minutes), but there will be a waitlist and the possibility of more tickets being released closer to the night of. Get more details and check up on if there are indeed tickets to buy here.